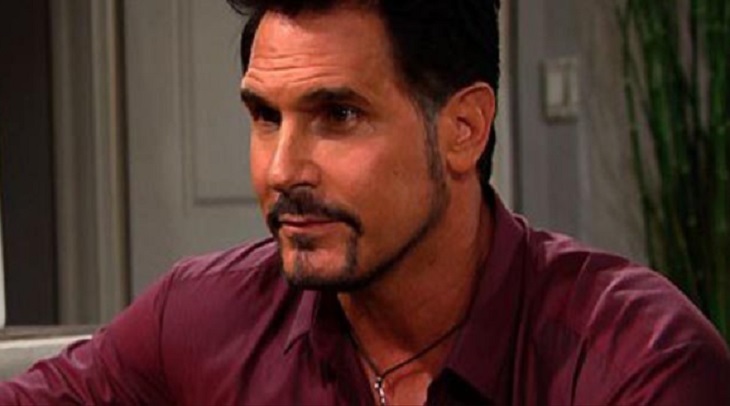 The Bold and the Beautiful spoilers tease that Bill Spencer [Don Diamont] will be waking up in the hospital this week on the CBS soap opera, and the detective will be at his hospital bed front and center to question him.

The Bold and the Beautiful spoilers indicate that Bill announces the name of his shooter, and after he ID’s the attempted assassin, heads will roll.  Bill Spencer points the finger at his nemesis Ridge Forrester.

It’s unclear if there is any solid evidence against Ridge, other than motive and perhaps his conversation with Sheila Carter.  But, that might just be enough for the police to make an arrest, thanks to Bill’s supposed eye witness account.

But, did Ridge really pull the trigger?  It doesn’t look like it  Bill Spencer and Ridge Forrester’s rivalry dates back years, and over more than one woman.  Recently, the two men butted heads over Ridge’s daughter Steffy Forrester, who had a fling with Bill behind her husband Liam’s back.

So, it’s not surprising that Bill may believe that Ridge is the shooter.  After all, some pretty serious threats were made during the last altercation.

Or Bill may very well know that Ridge is not the shooter, and is just seizing the perfect opportunity to put the man he despises behind bars.  What do you think?  Share your thoughts in the comments below!

Days Of Our Lives Dropped Unexpectedly By Network