The Bold And The Beautiful RUMOR: Brooke and Ridge Headed For A Big Breakup, ‘BRILL’ Back On? 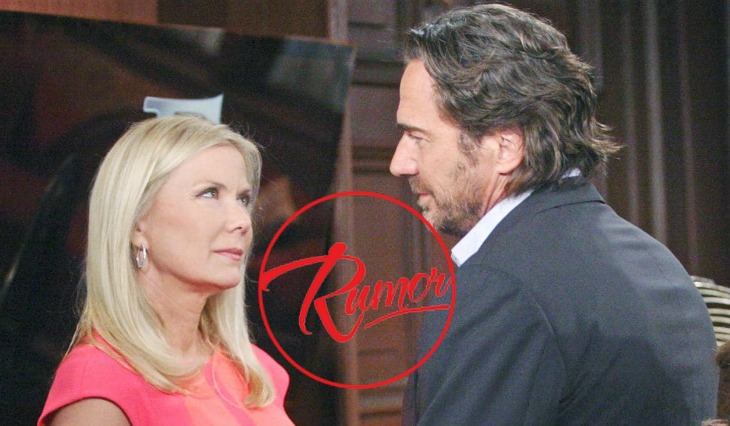 The Bold and the Beautiful rumors indicate that supercouple Brooke (Katherine Kelly Lang) and Ridge (Thorsten Kaye) may once again be headed towards splitsville.

These days Ridge and Brooke’s life is filled with tension. First off, there’s the ongoing drama with their daughters Hope (Annika Noelle) and Steffy (Jacqueline MacInnes Wood), which has the couple at odds. Then there’s Katie’s (Heather Tom) upcoming custody battle with Bill (Don Diamont), which also has the couple on opposite sides. Ridge has sided with Katie, while Brooke is supporting Bill.

All this drama has lead many fans to believe that the couple is going to be headed for another breakup. Brooke and Bill are obviously headed towards a reunion based on their recent interactions. As for Ridge, he may soon be reuniting with the other love of his life Taylor (Hunter Tylo).

Longtime B&B fans are familiar with the Brooke/Ridge/Taylor triangle, which is one of the most popular storylines in the show’s history. Yet, in recent years Taylor has been in Paris, while Ridge and Brooke have rekindled their romance.

But now that Taylor’s back in Los Angeles, there’s a chance she could reunite with her ex-husband. The news would be great for longtime Tridge fans, however it won’t be so happy for Bridge fans. For years, fans were torn over who was the better woman for Ridge. Now, the battle is going to heat up once again.

With Hunter Tylo back with the show, she’ll be getting a lot more screentime and that means big things are in store for the character. Of course, she’ll be involved in Steffy’s storyline, but Taylor may also find some romance in her life if she reunites with Ridge.

Taylor and Ridge’s reunion won’t be without its drama. There’s Brooke, who won’t be too happy about seeing the couple back together. Plus, let’s not forget Bill. He has a secret about Taylor that he’s keeping, and that’s sure to play a part in Taylor and Ridge’s story.