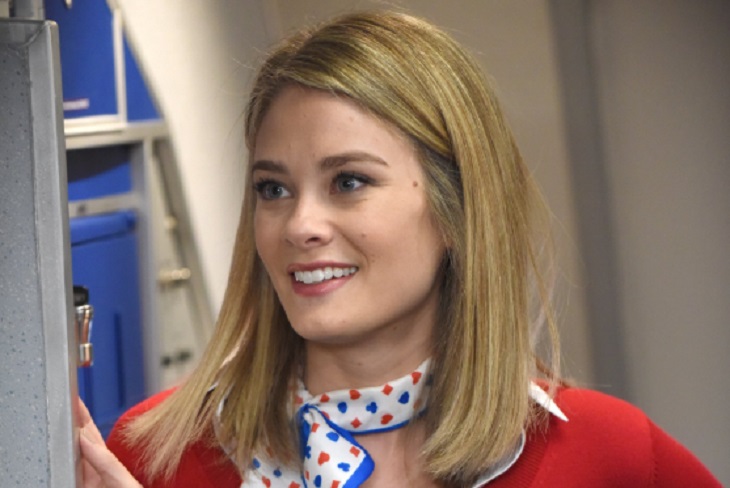 The Bold and the Beautiful star Kim Matula is sharing some very disappointing news with her fans. Her new comedy, From LA to Vegas, has been axed by the Fox Network after just one season.

From LA to Vegas’ premise was a Friday night flight from Los Angeles to Las Vegas and the returning flight on Sunday and all of the shenanigans that ensued during that time. Kim starred as head flight attendant of her crew, with actor Dylan McDermott by her side.

Kim took to her Twitter account to express her disappointment over the cancellation over the series. She told her social media followers, “Well, this one hurts. Thank you to our dedicated, appreciative, complementary, and altogether incredible fans. You all helped make our show what it was and let me tell you, we had an absolute blast.”

As a matter of fact, Kim’s former co-star William deVrey, who currently stars on General Hospital, also expressed his disappointment over the decision to cancel the show. He tweeted, “Fox!? @FOXTV You cancelled @LAtoVegasFOX ?!?! WTH? Why!?! Everyone knows comedies take time to build an audience. You had Gold on d’em airwaves!! #Mistake.”

While it doesn’t look like Kim is willing to return to her daytime television roots, it’s without a doubt that she will be back on the small screen in no time. Either way, her soap fans will continue to support her, no matter what direction her career will take her in.

Of course, fans will just have to tune in to find out what happens next. In the meantime, don’t forget that The Bold and the Beautiful airs weekdays on the CBS network. Check your local listings for times. Drop us a line with your thoughts in our comments section below. And as always, come back to Soap Opera Spy for all the latest news, updates and spoilers on The Bold and the Beautiful and all of your favorite daytime television shows right here!

The Bold and the Beautiful Spoilers Wednesday, May 30: Steffy Celebrates Wedding Cancellation – Wyatt Freaks On Bill