Should Days of Our Lives Sonny Have Called The Cops? 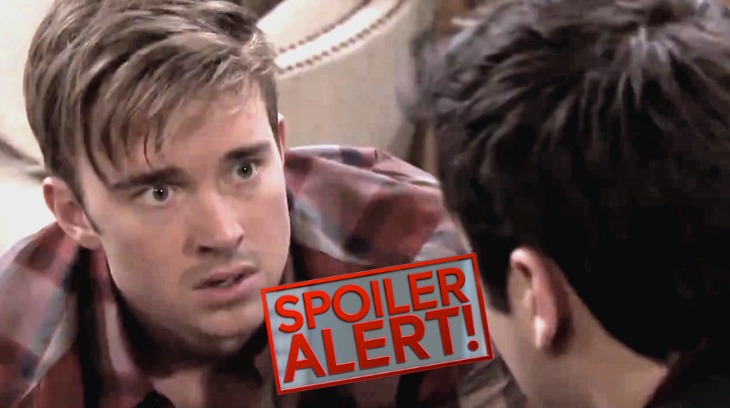 When Days of Our Lives (DOOL) Leo (Greg Rikaart) died, Will’s (Chandler Massey) first instinct was to call the cops, Sonny (Freddie Smith) refused. Sonny was afraid of how it might look, but what if he gets caught.

Leo’s Death Was An Accident

Sonny did nothing wrong in pulling Leo off of Will. Honestly, if anything, Leo’s death happened in self-defense. Leo was literally trying to kill Will, what else could Sonny do? Sonny didn’t intentionally throw Leo into the mantle. Sonny didn’t attack Leo without provocation. Sonny thought Will was going to be killed, he had no choice.

Sonny Thinks The Stocks Would Crash

Sonny is worried about the Titan stock falling further. However, Titan stock could rebound because Sonny did save a life. Sonny has all the evidence of Leo’s life as a con. Sonny witnessed Leo trying to commit murder. Sonny would have exposed Leo’s fraud. Sonny would be helping the company by ending the lawsuit. Sonny could be seen as a hero which could turn the company around.

Reporting It Would Cause Controversy

However, Leo’s phone would also show texts from Kate (Lauren Koslow). The law would certainly find Kate’s texts interesting. Kate’s text would give John and Paul a lead to who Leo was working with. Kate could have mentioned the lawsuit and blown the conspiracy wide open. However, no one has checked the phone because the cops weren’t called.

Sonny Is Known By The Salem P.D.

Hope (Kristian Alfonso) and Rafe (Galin Gering) both know Sonny and would believe him. Abe (James Reynolds) is the mayor, he would support Sonny. Rafe and Hope would do anything possible to help Sonny. Sonny and Will could give the cops John’s (Drake Hogestyn) file on Leo. Leo’s past would certainly create reasonable doubt along with Will’s testimony.

Sonny could have possibly not been charged with anything. However, now that evidence has been tampered with and the body moved, none of this applies. Sonny and Will moving the body is going to make them look guilty. It is going to be nearly impossible to convince anyone this was an accident because now, it looks like murder.

The Consequences Of Moving The Body

Sonny and Will should have thought this through instead of jumping into action. Sonny wasn’t thinking about the body being discovered before they were ready. Sonny didn’t consider the no blood in the car would show that the body was moved. Sonny not calling the cops, it going to turn out to be a bad move. Even though Sonny father, Justin (Wally Kurth), is a lawyer and his uncle Victor (John Aniston) is rich, this is going to be very hard to get out of now.

Sonny’s undue haste and irrational thinking could easily get him convicted of murder. Will could also be accused as an accessory. Sonny should have thought this out before he implemented his plan.