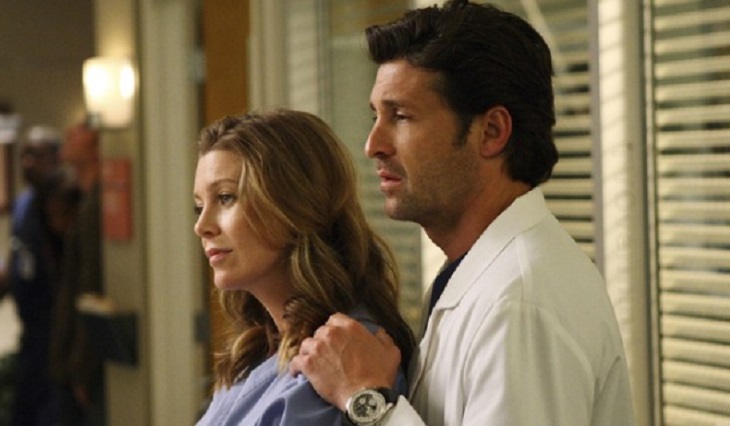 Grey’s Anatomy showrunner Krista Vernoff reveals that Meredith Grey (Ellen Pompeo) and Derek Shepherd (Patrick Dempsey) probably wouldn’t get together today on the show due to the recent #MeToo awareness. She said that moving forward, they have to be very careful how they write a man pursuing a woman in the workplace.

Meredith and Derek on Grey’s Anatomy

As a long-time fan of Grey’s Anatomy, I remember watching the show as Derek relentlessly pursued Meredith. He would not take no for an answer and was her attending, as she was an intern. While she did want to be with him, in today’s #MeToo climate, it wouldn’t be the best story to tell. There is a better way to show two doctors falling in love.

Brace yourself for the storm. #GreysAnatomy pic.twitter.com/6Hf1uBgA7g

If you look at, for example, Meredith Grey and Derek Shepherd through the lens of Time’s Up and #MeToo, he was her boss, she was an intern, and she kept saying, ‘No, walk away from me,’ and he kept pursuing her, and that is probably not a story we would tell on the show today, and it’s a beautiful reflection of the changing times,” Vernoff explained.

Fast forward to 2018, Meredith is now an attending and Deluca (Giacomo Giannotti) is a resident. They are slowing falling for each other and the writers had to be very careful as they wrote the story. They did not want to show any type of sexual harassment or anything that could be slanted in a negative way.

Do you agree with Krista Vernoff’s opinion of Meredith and Derek’s courtship? Don’t forget to come back for more Grey’s Anatomy spoilers, news, and casting updates!

The Young and the Restless Spoilers: Kyle Targets Phyllis – Can He Take Her Down?