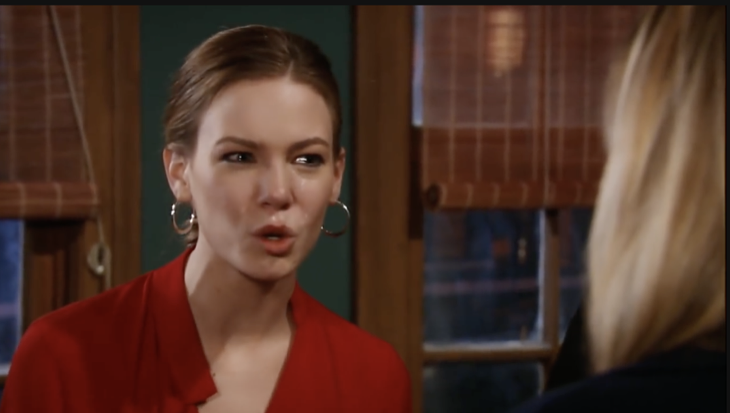 It’s without a doubt that General Hospital’s Nelle (Chloe Lanier) and Carly (Laura Wright) feud has been one of the most dramatic ones we’ve seen in Port Charles in a very long time. The manipulative and pregnant Nelle is willing to do whatever it takes to bring down Michael’s (Chad Duell) mother Carly, even if she has to destroy her. And now a new clip is available of actress Chloe Lanier’s impressive Emmy Reel and it’s giving General Hospital fans chills up their spines!

Nelle Benson isn’t your typical soap opera villain. She comes from a troubled past and while she does mean well at times, she can’t help but lie and self-sabotage with everything she does. And now things are just about to get worse. A highlights reel of Nelle’s most dramatic scenes is available as the young actress’ performance has earned her a Daytime Emmy Away nomination for Outstanding Younger Actress in a Drama series.

Nelle determined to win Michael back, even if he doesn’t see a future with them together. But that doesn’t matter to Nelle. She believes that it’s Carly who is standing in her way and if she eliminates her from the picture, Michael might be able to see the truth and realize that they are meant to be together. At least, that’s what Nelle’s plan is.

In the meantime, General Hospital airs weekdays on ABC. Check back with Soap Opera Spy for all the latest news, updates and spoilers on General Hospital and all of your favorite daytime television shows right here!