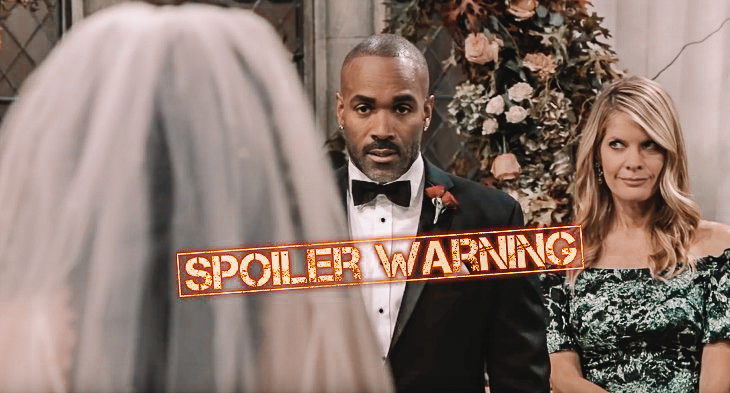 General Hospital (GH) spoilers for the week of Monday, November 26, 2018, through Friday, November 30, 2018 tease that we will have a week filled with a wedding, heartbreak, and let’s not forget plenty of drama. We have a very exciting week heading our way and you will not want to miss a moment of the action!

This week, Curtis Ashford (Donnell Turner) and Jordan Ashford (Briana Nicole Henry) will finally tie the knot. Jordan will be sad for Curtis that his Aunt Stella Henry (Vernee Watson) wouldn’t come, but they will continue with their wedding as planned. Jordan will be surrounded by Maxie Jones West (Kirsten Storms), Anna Devane (Finola Hughes), Molly Davis (Haley Pullos), and Lulu Falconeri (Emme Rylan) who all will help her get prepared for her wedding day.

The wedding will go off without a hitch, but a shocking event will derail the honeymoon. Something very disturbing will soon be happening and it will need the immediate attention of the police commissioner. What do you GH fans think that could be?

Missed an episode? Not to worry! Full episodes of #GH are just a click away: https://t.co/89I6qRwpBy

Meanwhile, Josslyn Jacks (Eden McCoy) will be heartbroken after receiving the news about Oscar Nero (Garren Stitt). Josslyn will go to Oscar and give him a piece of her mind for not being forthcoming with her and lying to her. After Josslyn finds out that there is a treatment plan out there that could possibly help Oscar, she will do all that she can to persuade him to give it a try. Josslyn is a fighter and she wants Oscar to be as well. Do you think Oscar will come around to the idea of the treatment option? Do you think he will end up giving it a shot?

For The Other Residents Of Port Charles …..

As you can see we have a very eventful week coming up, so make sure to stay tuned to ABC’s General Hospital. Don’t forget to check often with Soap Opera Spy for all your latest spoilers, news, updates, and much more.