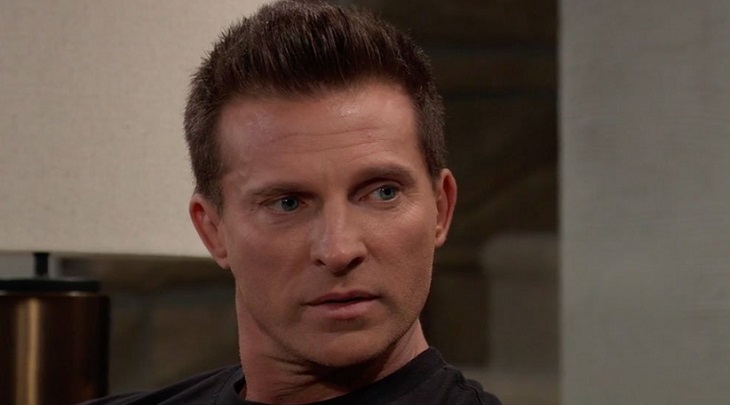 General Hospital spoilers indicate JaSam fans have patiently waited for the last six years for a reunion. Especially the fans who didn’t accept Drew Cain as Jason. Will Jason and Sam spend the night together lead to the reunion we have been waiting for all this time?

Diehard Jasam fans never accepted Drew as Jason on General Hospital, because he was too different. Drew was never drawn to Sam that way Jason would have been. Sam was never attracted to Drew either for that matter. The only connection between them was his reaction to her voice caused by Jason’s memories.

Jason was attracted to Sam when he lost his memory before. Jason felt the connection to Sam and fell in love with her again because of it. Drew didn’t have that reaction and only became attracted to Sam AFTER Liz lied to him. That lack of connection was the nail in the coffin for some Jasam fans even before Sam and Drew became a couple.

Sam Chose To Have Kids With Jason on GH

Sam and Jason have been a family for years. Jason admitted to loving Sam even through their separation between 07 and 09. Sam and Jason reunited with the passion they always had and continued to work together as well. This interaction was always a big part of JaSam history and always will be.

Although Sam and Jason have had a dangerous lifestyle for some time on General Hospital, they also chose to have children together. Sam had the fertility reconstruction surgery for the sole purpose of having a child with Jason. Sam did not want children with anyone, but Jason and this is the only reason she has a child with Drew.

Jason and Sam Always Worked Together

Sam and Jason have had each other backs since 2004. Sam helped with the coffee house paperwork and moved on to helping Jason find Michael, Morgan, and Kristina. Sam has been Jason’s right hand for years and has helped Sonny and Carly just as well.

Sam never once had a problem with the mob on General Hospital and even asked Drew if he wanted to go back when he thought he was Jason. Jason always took care of Sam and made it plain that Sam came first, especially after their wedding. Sam had no issues with Jason helping Sonny and Carly and did the same thing when he was missing.

Sam has ties to both the Jerome mob family and to the Cassidines. Sam’s parentage puts her children in just as much danger as anything related to Jason would so why in the world would Jason’s lifestyle matter?

Jasam fans fell in love with the couple because they were able to accept each other the way they were. Neither expected or needed the other one to change for them. Unlike Sam’s relationship with Drew where Sam could not be herself, Sam and Jason belong together, and Jasam fans have waited long enough for their reunion.