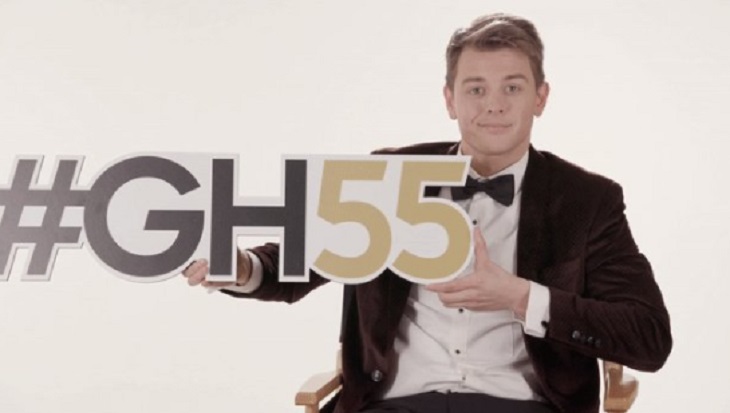 General Hospital star Chad Duell has a new goal in life. The handsome daytime television actor says that he would love to show off his fancy footwork on television’s most celebrated dancing show, Dancing With The Stars. Chad’s Port Charles co-star, Kelly Monaco, appeared on the show in two different seasons in the past.

Chad is making it no secret that he is definitely up for the challenge, even though he has no prior experience in the world of dance.

“They should put me on that!” the handsome actor said, according to ABC Soaps in Depth. “I don’t know what I have to do to make that happen. It’s actually ON ABC, so it would make sense. I’m young, I’m limber — let’s start a campaign!”

Meanwhile, Chad’s character Michael is dealing with crazy drama between his ex-girlfriend Nelle and his mother, Carly in Port Charles. As viewers know, Nelle is pregnant with Michael’s first child even though he wants nothing to do with the conniving, manipulative woman. But Nelle doesn’t see it this same way. She truly believes that they belong together and that’s why she’s doing whatever it takes to eliminate Carly from the picture, even if she ends up making her go crazy in the process.

In the meantime, General Hospital airs weekdays on the ABC network. Tell us, would you like to see Chad on Dancing With The Stars? Seeing how many General Hospital fans he has from all over the world, it wouldn’t surprise us if he managed to make it far on the show! For now though, fans can only cross their fingers and hope for the best. Let us know what you think by leaving us a line with your thoughts in our comments section below.