General Hospital Spoilers: Will Finn Save His Father? 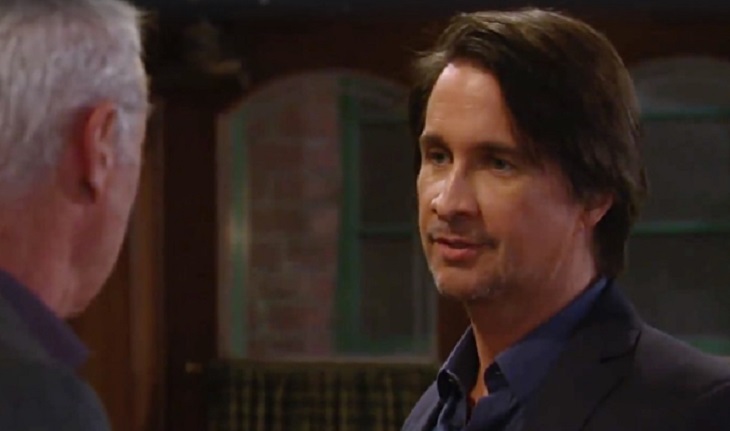 General Hospital spoilers indicate that GH writers don’t seem to be bothered by the ethics of treating a family member.  Fans know that in reality, Finn (Michael Easton) would never be able to treat his father.  Will Finn disclose this information, or will Finn try and cover to save his father’s life.

Finn Knows He Is Accountable If Something Goes Wrong

General Hospital’s Finn tried to explain to both Gregory (James Read) and Chase (Josh Swickard) that he could get in trouble. Finn has made no secret of this hatred toward his father. Finn is well aware that if his father dies, his stepmother could hold him accountable and he could lose his license.  Finn has agreed to go ahead and try to help.  Will Finn be able to save his father?  Will this sickness mend their broken relationship?

Finn Is The Best In His Field

Finn has proven to be the best in his field.  After all, Finn came up with a cure for his disease.  Finn has helped several patients in Port Charles including Tracy Quartermaine (Jane Elliot) and Sam McCall (Kelly Monaco).

Does Finn’s father have a known disease easily treated or will Finn have to identify this disease before his father dies from it?  According to General Hospital spoilers, Finn has reluctantly agreed to treat Gregory for several reasons, Chase pushing him into it for one. Does Finn secretly want to be his father’s hero and mend their relationship? Can Finn live with the consequences if he fails?

General Hospital’s Chase is relying on Finn to save their father. Chase also wants a relationship with Finn. Finn is taking a chance of treating Gregory as it is. There are no guarantees that Finn can save Gregory at all. Can Chase live with the consequences if Gregory dies?  Will he trust that Finn has done his best to save their father?

Will Monica And The Board Approve This Action?

General Hospital’s Finn also has to get past Monica (Leslie Charleston) and the hospital board considering he’s treating a relative. Will they approve of Finn’s choice to treat his father?

The hospital would be liable for anything that goes wrong. Gregory and his wife along with Chase may have to sign a waiver for this to happen.  Chase and Gregory trust Finn and would gladly agree, but what about Chase’s mother?