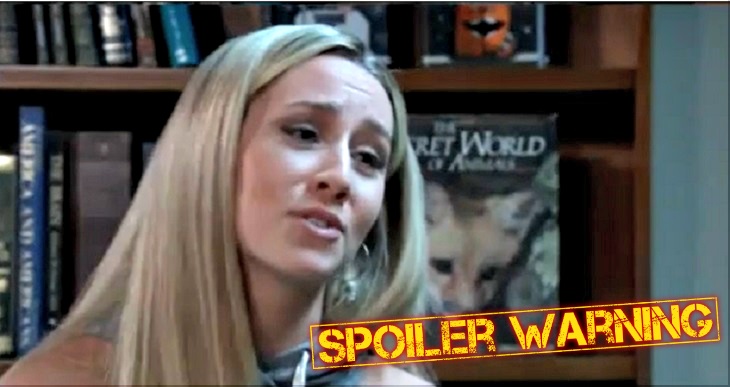 “General Hospital” spoilers for Wednesday, September 26, tease that Finn (Michael Easton) will feign disinterest. He’ll act like his father’s case is no big deal, but Anna (Finola Hughes) won’t buy that for a second. She’ll suspect that Finn’s actually quite curious about Gregory’s (James Read) illness. Anna will hope that Finn can put the past behind him and focus on curing his dad ASAP.

Over with Brad (Parry Shen) and Julian (William deVry), they’ll have their own problems to contend with. As they continue their birth mom chat, Brad will express concern. He’ll just hope that their search for answers doesn’t come back to bite them. They’ve got a delicate house of cards here, so one wrong move could send the whole thing toppling down.

Meanwhile, Sam (Kelly Monaco) will face some drama. She might end up stuck in another Kristina (Lexi Ainsworth) and Alexis (Nancy Lee Grahn) battle. “General Hospital” spoilers say Sam will give an eyeroll as she closes the door. That’ll bring Kristina out to see if the coast is clear. Sam will eventually defend Alexis, so perhaps she’ll help Kristina see their mom’s point of view.

Elsewhere, Cameron (William Lipton) will leave Josslyn (Eden McCoy) confused and frustrated. He’ll offer a clue or two, but Joss won’t pick up what he’s laying down. Josslyn will want Cameron to just tell her what he’s trying to say. However, that may not be something Cameron’s willing to do. He believes Oscar (Garren Stitt) has cancer, but he’ll be hesitant to break Oscar’s trust by divulging it.

Speaking of Oscar, GH spoilers suggest that he’ll be MIA. Kim (Tamara Braun) and Drew (Billy Miller) will worry about where Oscar rushed off to. He was devastated by his diagnosis, so they’ll just want to track him down and bring him home. It won’t be long until they seek Chase’s (Josh Swickard) help with the hunt. He’ll get to work by asking if there’s anyone Oscar would’ve reached out to.

“And here I thought you were suffering in solitude… ” #GH55 pic.twitter.com/UnnhnhO4uW

While Drew and Kim consider the options, Oscar will indeed find someone to confide in. He’ll show up to see Jason (Steve Burton), so his uncle will wonder what’s up. Oscar will insist that he’s got a confession to make. He’ll feel like he’s going to explode if he doesn’t tell somebody he’s dying.

Jason will do whatever he can to help Oscar through this nightmare. “General Hospital” fans won’t want to miss their heartfelt scenes. We’ll give you updates as other news and rumors emerge. Stick with ABC’s GH and don’t forget to check Soap Opera Spy often for the latest “General Hospital” spoilers, rumors, updates and news.

The Bold and the Beautiful Spoilers Wednesday, September 26: Ridge Makes His Move, Katie And Thorne Prepare For Court