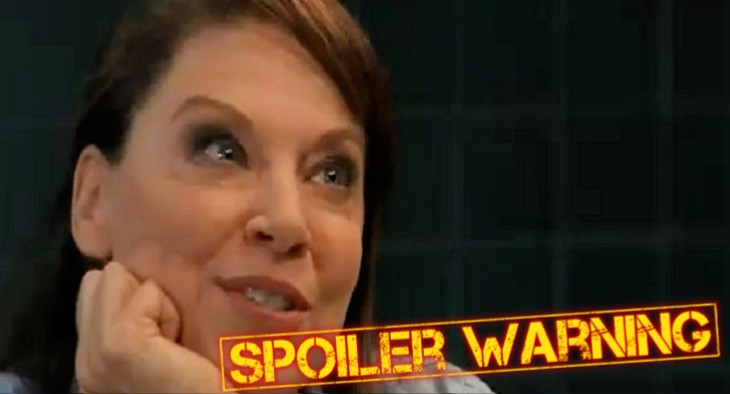 “General Hospital” spoilers for Wednesday, December 12, tease that Griffin (Matt Cohen) will struggle with his grief. Thankfully, he won’t be alone as he deals with missing Kiki (Hayley Erin). Finn (Michael Easton) will step up to make sure Griffin has the support he needs. These doctors both have experience with mourning, so that’ll be something for them to bond over.

Meanwhile, Maxie (Kirsten Storms) will seem deep in thought. Peter (Wes Ramsey) will ask if something’s wrong and hope that he can help out. He always wants Maxie to know she can rely on him. However, this may be something Maxie has to work through on her own. She’s been stuck between letting go of Nathan (Ryan Paevey) and moving on with Peter, so that could be what’s on her mind.

Then again, another crisis could come up on Wednesday. If there’s a way for Peter to assist Maxie, you can bet he’ll find it. Over with Sasha (Sofia Mattsson), she’ll be on a mission of her own. GH spoilers say Sasha will push for Valentin (James Patrick Stuart) and Nina’s (Michelle Stafford) reunion. She thinks it’s clear that they still love each other, so she’ll urge Nina to take the leap.

Unfortunately, an unexpected snag has hit for Valentin. Liesl Obrecht (Kathleen Gati) will confront the sneaky Cassadine on Wednesday. She quickly caught on when she heard about Nina’s “daughter,” so the whole plan is at risk. Liesl will vow to spill everything unless Valentin can spring her from jail ASAP.

Across town, a startling visitor will show up at Ava’s (Maura West) place. She’ll try to turn this person away, but it seems she’ll change her mind when she sees who it is. Let’s hope Ava gets some comfort from this mystery man or woman. “General Hospital” fans know she could certainly use more of that right now!

Next, Carly will rip into “Kevin” aka Ryan (Jon Lindstrom) over his latest romance. She’ll be disgusted with his decision to date Ava and hurt Laura (Genie Francis) so deeply. Carly will wonder what “Kevin” is thinking, but he may argue that it’s none of her business. Ryan intends to do whatever he wants, so Carly’s complaints will fall on deaf ears.

Other “General Hospital” spoilers state that Sonny (Maurice Benard) will get updates from Spencer (Nicholas Bechtel). He’ll be intrigued when the kid says he’s got heat on him. Will Spencer come clean about tampering with the mayoral election? We’ll keep you posted as other news and rumors emerge. Stick with ABC’s GH and don’t forget to check Soap Opera Spy often for the latest “General Hospital” spoilers, rumors, updates and news.