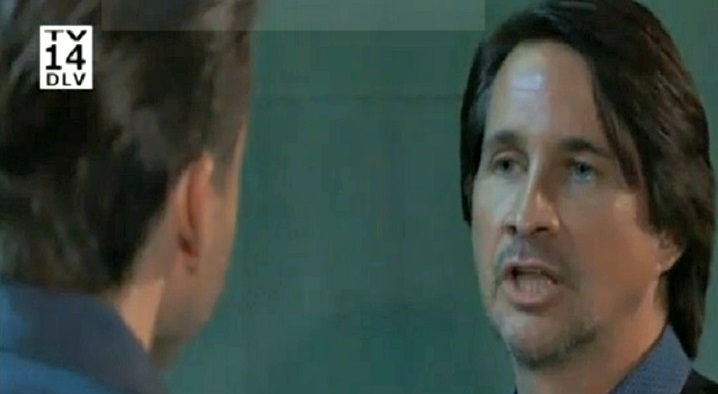 “General Hospital” spoilers for Wednesday, August 8, tease that we’ll see more drama for Nina (Michelle Stafford) and Valentin (James Patrick Stuart). It looks like Valentin will make another bold move and hope he can win Nina over. However, Nina will be awfully fed up with Valentin and his persistence. He saved her from the blaze at the stables, but that wasn’t enough to secure a reunion.

Over with Drew (Billy Miller), he’ll listen in on someone’s chat. Drew may be awfully intrigued by what he hears, but he’ll also have a problem to tackle. At GH, Drew will seek Kim’s (Tamara Braun) advice. He might need some tips on dealing with Oscar (Garren Stitt), but there’s a chance this involves his love life.

Drew will suggest that he’s in over his head, which could tie in with Margaux’s (Elizabeth Hendrickson) interest in him. He may not know what he should do next. Kim still has deep feelings for Drew, but she might put them aside and nudge him in the right direction.

At an undisclosed location, Finn (Michael Easton) will face off with the kidnapper’s goon. He’ll refuse to cooperate unless he sees that Anna (Finola Hughes) is alive. “General Hospital” spoilers hint that Finn may eventually get his wish. Anna will definitely be back on screen this week, so stay tuned for her upcoming scenes.

Meanwhile, Kiki (Hayley Erin) will get ready for the sexual harassment trial. She’ll battle anxiety, but Ava (Maura West) will push her daughter to stay strong. Dr. Bensch (James DePaiva) is a predator who deserves to go down!

In the courtroom, Julian (William deVry) will arrive to back Kiki up. He’ll also take a moment to praise Alexis for pitching in, which should leave her truly touched. Julian will feel like Kiki’s lucky to have Alexis as her attorney. He’ll offer a kind smile before he ultimately takes his seat.

In Peter’s hospital room, he’ll panic over Robert’s (Tristan Rogers) announcement. Peter will learn he’s being shipped off to supermax right away, so he’ll scramble to prevent his prison time. Will Peter give up some information about Patients 1-5? If he can provide a useful nugget, Robert might be more inclined to make a deal. Peter could promise there’s more if Robert can get him off the hook.

The Young and the Restless RECAP Tuesday, August 7: Lily Faces Up To 20 Years For Vehicular Manslaughter