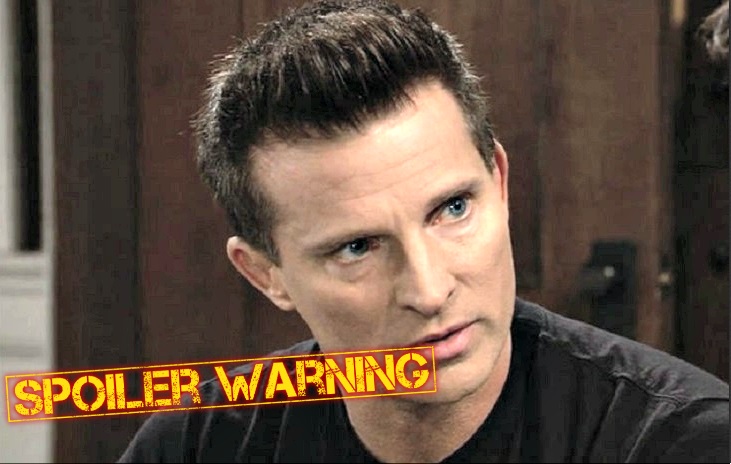 “General Hospital” spoilers for Tuesday, September 4, tease that Kevin (Jon Lindstrom) will find himself in a tight spot. Ryan (Jon Lindstrom) will finish his stunning attack by wrapping his hands around Kevin’s neck. As Kevin gasps for air, Ryan will urge his brother to quieten down. He’ll be eager to swap places with his twin and have some fun in Port Charles.

Once Kevin’s out cold, Ryan will slap the straitjacket on him and take the doc’s suit for himself. After fooling the staff, Ryan will walk out of Ferncliff and smile at his own sneakiness. He’ll be thrilled about his newfound freedom and all the chaos it’ll bring.

Other “General Hospital” spoilers say Oscar (Garren Stitt) will be rushed to GH. He recently collapsed during a conversation with Jason (Steve Burton), so the situation is certainly dire. Once Oscar’s in good hands, Jason will fill Kim (Tamara Braun) in on what happened. Liz (Rebecca Herbst) will be present for this crushing news, so she’ll undoubtedly offer Kim support.

It won’t be long until Drew (Billy Miller) and Julian (William deVry) get updates, but they’ll have a little chat first. “General Hospital” spoilers say Julian will want some assistance. After he notes that Oscar wants his parents back together, he’ll ask if that’s what Drew wants as well. Naturally, Drew will insist that he doesn’t. He can’t even remember his relationship with Kim, so she’s all Julian’s for now.

Julian will get the confirmation he needs, so he can ask for that assistance we talked about. Perhaps he’ll ask Drew to speak with Oscar and help him understand. Julian doesn’t like all the tension he’s facing with the teen. If Drew can ease some of it, Julian would definitely appreciate it.

In the park, Cameron (William Lipton) will wonder what’s taking Oscar (Garren Stitt) so long. Josslyn (Eden McCoy) and Oscar are about to celebrate their anniversary, so Cam won’t think it’s right to keep her waiting. He seems to have feelings for Joss, so he’ll do his best to stir the pot.

Cameron should feel awful when he hears about the medical crisis. Oscar isn’t responsible for his delay! “General Hospital” spoilers say Josslyn will also be worried sick. She’ll just hope Oscar can pull through his ordeal and get on the road to recovery.

Meanwhile, Diane’s (Carolyn Hennesy) shocker will change everything. She’ll admit that her client isn’t coming to the custody hearing after all. Diane will inform everyone that the birth mom changed her mind again. She’s allowing Lucas (Ryan Carnes) and Brad (Parry Shen) to keep the baby, so the judge will rule that they’re the legal parents.

Happy #LaborDay from everyone at General Hospital! #GH55 pic.twitter.com/k7LpXDXeCr

Alexis (Nancy Lee Grahn) will assure “Brucas” that this is a done deal. They don’t have to worry about the birth mother anymore, but Brad will still battle concerns. Since “Wiley” is actually Michael’s (Chad Duell) kid, Brad will fear that the truth’s going to come out.

Alexis will also be infuriated on Tuesday’s episode. If she learns Julian’s been working behind the scenes, that should spark some anger. Julian may get a stern lecture soon enough! We’ll keep you posted as other details and rumors emerge.