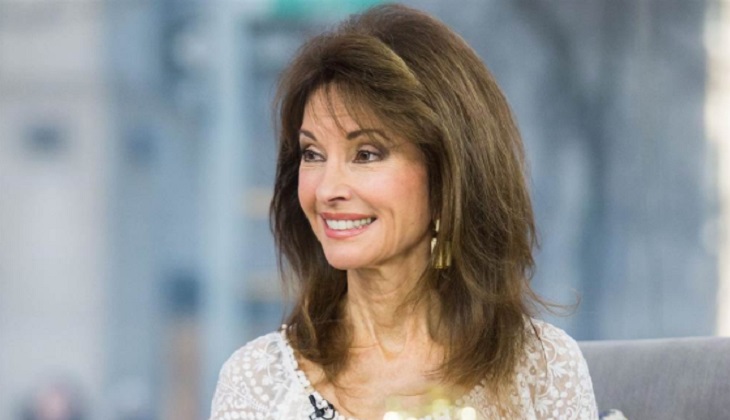 General Hospital spoilers tease that the ABC soap opera recently dropped an All My Children bomb on unsuspecting GH fans.

During a recent episode, Maxie [Kirsten Storms] was spotted handling some Crimson business over the phone, and arguing with someone on the other end regarding pricing for Erica Kane.

Of course, if you are a long time soap opera fan, then you are VERY familiar with the name Erica Kane.  The queen of now defunct All My Children was played by Susan Lucci for decades.

Since the Prospect Park legal drama finally came to an end, General Hospital has been casually name dropping and bringing in One Life to Live and All My Children fan favorites.  And, it looks like Susan Lucci may be next!  Of course, if this casting shocker does come to fruition, it will be massive for the ABC soap.

Do you think Erica Kane is headed to GH?  Let us know in the comments below!

Days Of Our Lives Spoilers: Kate Mansi Returns To DOOL!

The Bold And The Beautiful Spoilers: May Sweeps Brings Wedding Disaster