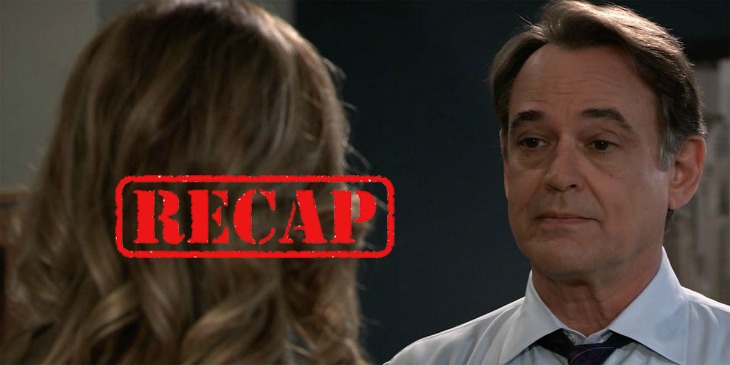 They go to a studio where Liesl goes dancing class once a week. Anna starts dancing and pulls Finn in to join her. Anna shows Finn the steps Britt (Kelly Thiebaud) has an incurable illness, and they need her to help come up with a cure. Liesl asks if she is supposed to surrender herself. Liesl says this is a trick. Anna says she can find out by seeing her with her own eyes.

Michael has some explaining to do, West Coast. And Ms. Tait wants answers. Tune into a heartwarming, new #GH – STARTING NOW on ABC! #GH55 pic.twitter.com/IzyJVj3fJm

General Hospital’s Curtis (Donnell Turner) and Jordan (Briana Nicole Henry) are in bed; he renews his offer to help her solve this case. Curtis tells her to take a second look at the evidence, things that seem to be too good usually are. Jordan can’t find anything to clear Griffin (Matt Cohen); he doesn’t have an alibi. Curtis suggests they pretend to be in Figi and turn up the heat.

General Hospital’s Sam (Kelly Monaco) wants to meet with Alexis (Nancy Lee Grahn); she thinks she has something that will help prove him innocent. Sam says she can prove that Griffin’s phone holds evidence that can set him free. Curtis joins Sam, and she apologizes for not making the wedding. Curtis tells Sam he is sorry for her loss. Sam says if they are looking at Griffin they need to widen the net. Sam shows Curtis the information on Leland and tells him she is his widow.

Curtis lands a job from out of left field. The question is: will he take it? Tune into a dramatic, new #GH – STARTING NOW on ABC! @DonnellTurner #GH55 pic.twitter.com/o4A4XjnElI

Sam tells Curtis that she needed to marry someone who had money for Danny (ex-David Greenman). Sam didn’t go after anyone who wasn’t a greedy bastard. Sam said she would wait until the license was signed and leave with the money. Sam wants to put this behind her and move on with her life. Sam and Griffin know the paper is from Illinois. Sam call the papers circulation department to try and find out who sent it to her. Sam tells them she wants a subscription of the paper sent to Port Charles.

General Hospital’s Griffin has court this morning; Chase brings him upstairs to talk to Alexis before court. Griffin asks when they are going to realize he didn’t kill Kiki and go after the killer. Griffin tells Chase he has nothing to hide. Chase asks Griffin where he was the night before Halloween, and he tells them he was with Kiki at her apartment. Chase questions Griffin about his location when Mary Pat (ex-Patricia Bethune) died. Griffin asks if Chase is suggesting he killed that nurse.

Chase says he didn’t suggest anything but Griffin did. Chase throws Kiki’s wallet on the table and asks if Griffin recognizes. Chase says Griffin was a doctor and Mary Pat a nurse. Griffin laughs at how ridiculous the theory is. Alexis comes in and demands Chase get Griffin’s phone which has a picture of himself and Kiki right before the wedding. Alexis asks how the hell Griffin would have time to murder Kiki and plant her body in their bed. Griffin’s picture clears him, and he is free to leave the PCPD. Griffin goes and get’s Kiki’s things out of her locker and looks through the box. 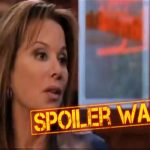 Ryan says he didn’t want to blindside Laura by having the papers delivered; he thought he would give them to her. Ryan needs to get to a meeting. Laura tells Ryan he needs to see a psychiatrist, Ryan gets hostile and tells her never to say that or it will be the last thing she says to him. Laura asks if he is threatening her, he laughs and says he thinks the lawyers should handle it from here on out. Laura goes to see Alexis and asks her to represent her in the divorce. Ryan calls Jordan to check on Mary Pat’s case and offers to help any way he can.