General Hospital Spoilers: Margaux’s Past To Be Revealed 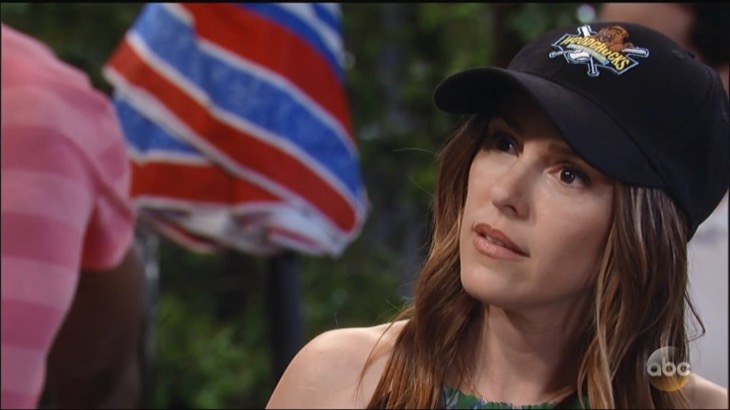 General Hospital spoilers indicate that fans will soon find out the truth about Margaux and her mysterious past. In fact, actress Elizabeth Hendrickson, who plays the character in Port Charles, says that even she’s learning more about her every day.

In a new interview with ABC Soaps in Depth, Elizabeth says that there are quite a few layers to the beautiful DA and that we’ll be seeing more about each one soon enough.

She told the publication, “I hope you will all see more about who she really is at her core in the next few weeks. As of now, Margaux is new to town. But you never know, there may be some connection that has not been revealed yet!”

But if there is one thing that we know, it’s that Margaux and Drew (Billy Miller) will soon be heating up the screen. As a matter of fact, some General Hospital fans are trying to come up with a new couple’s name for the pair. It’s a good thing that Elizabeth enjoys working with her old friend Billy Miller, as they will be sharing plenty of scenes together in the near future. The two previously worked on The Young and the Restless as their characters Billy and Chloe.

Elizabeth added, “I always loved working with Billy Miller. Feels like old times, but also feels brand new, since our characters are so different from our previous roles.” When asked about the couples’ possible nickname, she added, “So we would be… Dregaux? This is a hard one!”

Of course, fans will just have to tune in for all of the action. General Hospital airs weekdays on the ABC network. Check your local listings for times. In the meantime, drop us a line with your thoughts in our comments section below. And as always, don’t forget to check back with Soap Opera Spy for all the latest news, updates and spoilers on General Hospital and all of your favorite daytime television shows right here!

The Young and the Restless RUMOR: Sharon and Billy Betrayed – New Y&R Couple