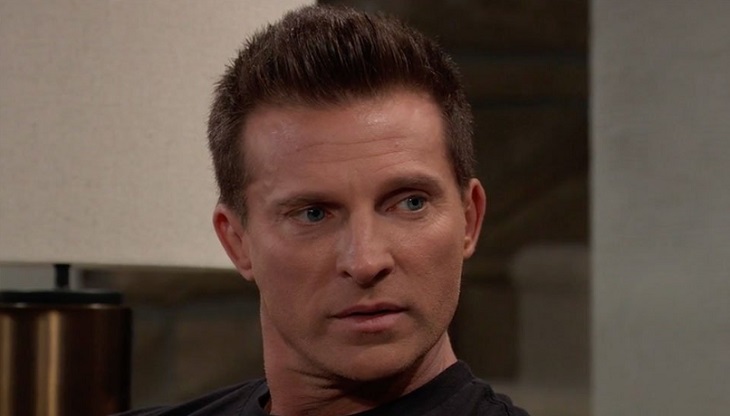 General Hospital spoilers tease that the freedom of Kevin Collins (Jon Lindstrom) and capture of his evil twin Ryan Chamberlain (also Jon Lindstrom) may be inching closer and closer. Jason Morgan (Steve Burton) has been involved in two different storylines where intel has been needed and Damian Spinelli (Bradford Anderson) has assisted in procuring it.

General Hospital spoilers show that Jason gets interesting news soon, but he and Sonny Corinthos (Maurice Benard) have everything they need and then some about Margaux Dawson (Elizabeth Hendrickson) and her mother (Ely Pouget) so this may be news about the identity of the mystery patient at Ferncliff he has been helping Carly Corinthos (Laura Wright) with.

General Hospital Spoilers – Who Is Wilson

According to General Hospital spoilers, Spinelli’s efforts have already brought the name “Wilson” to Carly, although she has not connected the dots quite yet. “Wilson” of course is Todd Wilson, the name Ryan Chamberlain went by in Texas when Felicia Scorpio (Kristina Wagner) first met him.

Since everyone in Port Charles knows (or thinks they know) that Ryan’s been dead for over twenty years, no one else is connecting the dots either.

Kevin followed Ryan to Port Charles hoping to heal him and redeem him, and never stopped, somehow saving him from a fiery death in a funhouse and placing him in Ferncliff! His recent efforts bringing Ryan out of his therapeutic sedation got him knocked out by Ryan and put in his place, with no one at Ferncliff believing he’s really Kevin! Apparently Kevin put Ryan in Ferncliff under the name “Todd Wilson” and now Kevin’s stuck with the moniker.

Perhaps the news Jason receives that’s so interesting is that Spinelli has found that mystery patient Wilson has been there for over twenty years, possibly after being treated for severe burns elsewhere. That information may get Jason, Spinelli, Carly, and possibly Lulu Falconeri (Emme Rylan) and her mother Laura Collins (Genie Francis) to comparing notes.

“I have to speak my peace.” #GH55 pic.twitter.com/j2cjXIFAZv

Mac Scorpio (John J York) may lend some historical information as well, and lead to the real Kevin finally being rescued and his troublesome twin Ryan being captured and facing justice! Stay tuned to GH and check General Hospital spoilers frequently to see how long it takes for this storyline to wind down!