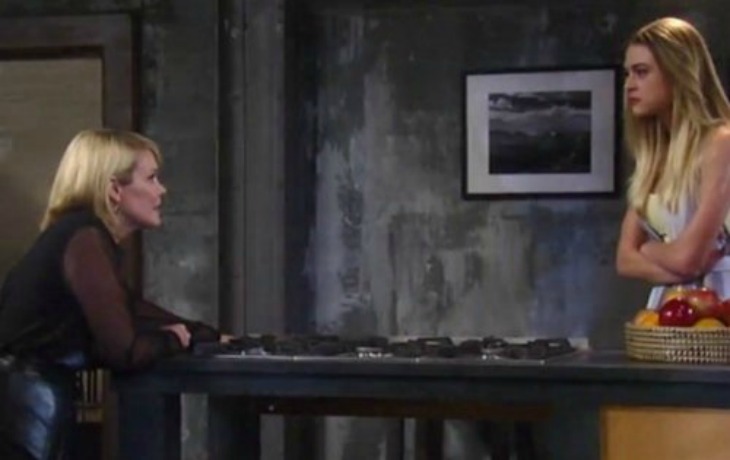 It looks like the tide is about to turn for Kiki (Hayley Erin) in Port Charles. As a matter of fact, General Hospital spoilers tease that there might be some major drama ahead for Kiki and her mother Ava in the coming weeks!

Just recently, Kiki broke up with Dillon (Robert Palmer Watkins) and unfortunately, she’s been drowning her sorrows in the worst possible way. She’s been hitting the bottle again, which is just how she handles Ava (Maura West) and Morgan’s affair. That kind of drinking might lead to some decisions that Kiki will soon regret. And according to her portrayer, it’s the kind of drama that everyone will be shocked to see. That’s because viewers are used to seeing Kiki be the mature, wise and responsible one in her family.

Hayley Erin, who plays Kiki on the hit soap, recently told ABC Soaps In Depth, “This is super crazy, but I’ve never seen Single Kiki on the show. We’ve seen Kiki be so mature and wise beyond her years. She’s always giving Franco this great advice and is the grounded, levelheaded one. She’s been the saint in her relationship with Ava. This is a chance for Kiki to level the field.”

What’s more, despite their character’s differences and drama, Hayley has nothing but positive things to say about her on-screen mother, Maura West. Even though Ava and Kiki have a hard timing trusting each other, it’s nothing but love for the two characters off screen.

She added, “Getting to play with Maura West is fun, because she brings that magic, and you get to actually touch it. Plus, she’s a really nice lady!”