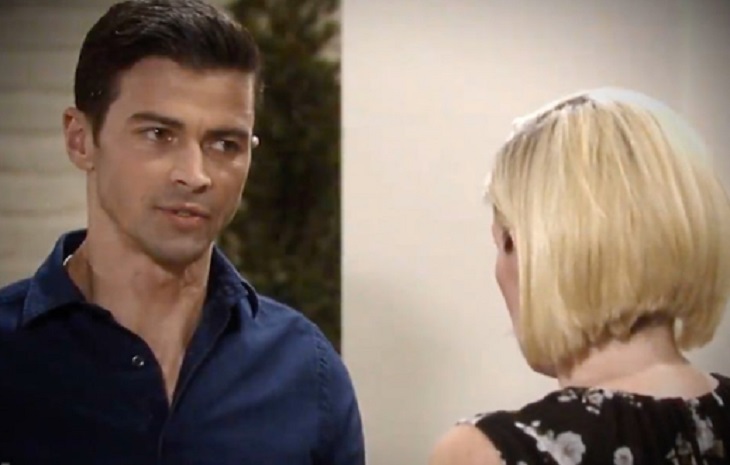 General Hospital spoilers indicate that Griffin Munro’s [Matt Cohen] little secret about his tryst with Kiki Jerome [Hayley Erin] will destroy Ava Jerome [Maura West]. After all, Ava has been doing whatever she can to secure her relationship with the former priest.

But, hearing that he had actually slept with her daughter might lead Ava to the kind of meltdown that no one has ever seen before.

For Griffin and Kiki, their attraction for each other, is real. But the moment that Ava finds out that Griffin has seduced a much younger woman – that is her daughter nonetheless – it won’t be easy for her at all. Ava, being in the position that she is, has been trying her best to prove her self-worth to the former priest. But for Griffin and Kiki, they see things much differently.

As a matter of fact, General Hospital co-head writer Shelly Altman tells ABC Soaps in Depth, “The two of them seem to constantly be dealing with the ways in which they are very, very different. For the longest time, the biggest threat to their relationship was Ava herself. She had two angels on her shoulder, and it’s been a question of whether she listened to the one urging her toward the light or the dark.”

Of course, fans will just have to tune in to find out what will happen next! In the meantime, don’t forget that General Hospital airs weekdays on the ABC network. Check your local listings for times. Also, let us know what you think by leaving us a line with your thoughts in our comments section below.