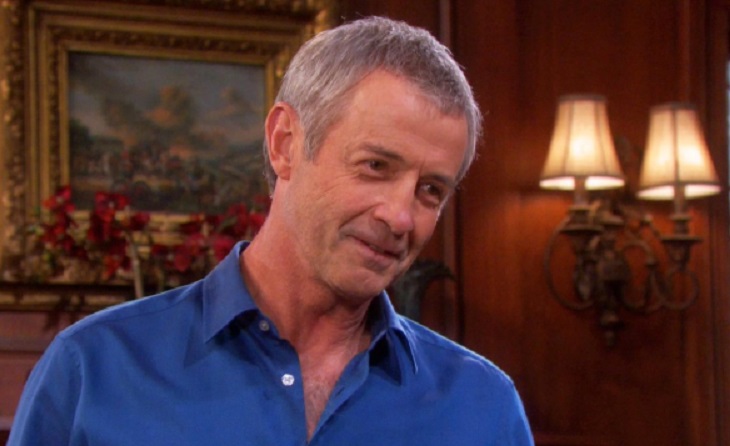 General Hospital spoilers indicate that viewers can expect to see another family feud brewing in the next few weeks. That’s because James Read will be back to reprise his role as Chase and Finn’s father, Gregory. James is also known for his role as Clyde on Days of Our Lives.

Apparently, Gregory has some secrets about his past that will soon come out. As a matter of fact, Chase will soon find out why Gregory’s eldest son, Hamilton, refuses to talk to him, and it all has to do with some very serious family matters.

General Hospital co-head writer Shelly Altman puts it this way to the publication, “His return gives us an opportunity to explore the dysfunctional family dynamic that exists between these three men. Along the way, Chase will be somewhat wigged by the fact that there might be things he doesn’t know about Finns’ relationship with his father and Chase’s mother.”

Actor Josh Swickard, who plays Chase, adds, “There’s a beef with them because of something with his mom. I’m dying to find out what that’s all about!”

“And here I thought you were suffering in solitude… ” #GH55 pic.twitter.com/UnnhnhO4uW

Of course, fans will have to tune in to find out more. Either way, it will be interesting to see how all of this will be played out. If there is anything that we already know, it’s that when it comes to family feuds, fans can expect to see plenty of drama and fireworks ahead!

Days of Our Lives Spoilers: Is EJ DiMera Still Alive?