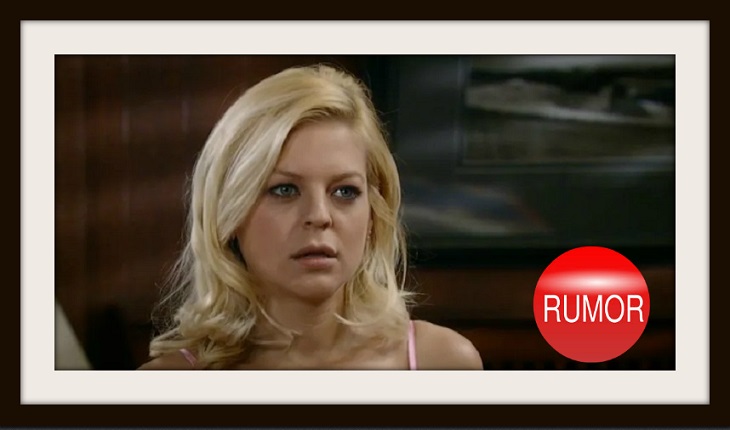 The General Hospital rumor mill has been in overdrive this weekend after photos began circulating on social media, allegedly posted by Maxie Jones’ portrayer Kirsten Storms.

A photo from Instagram posted by Storms as a temporary story was captioned, “Working with someone I don’t usually have scenes with.  Some of you have actually been requesting this pairing…”

The photo was clearly posted by Storms on her Instagram, however has now been removed.  So, it’s unclear if the photo was photoshopped after the fact, although that’s highly unlikely. 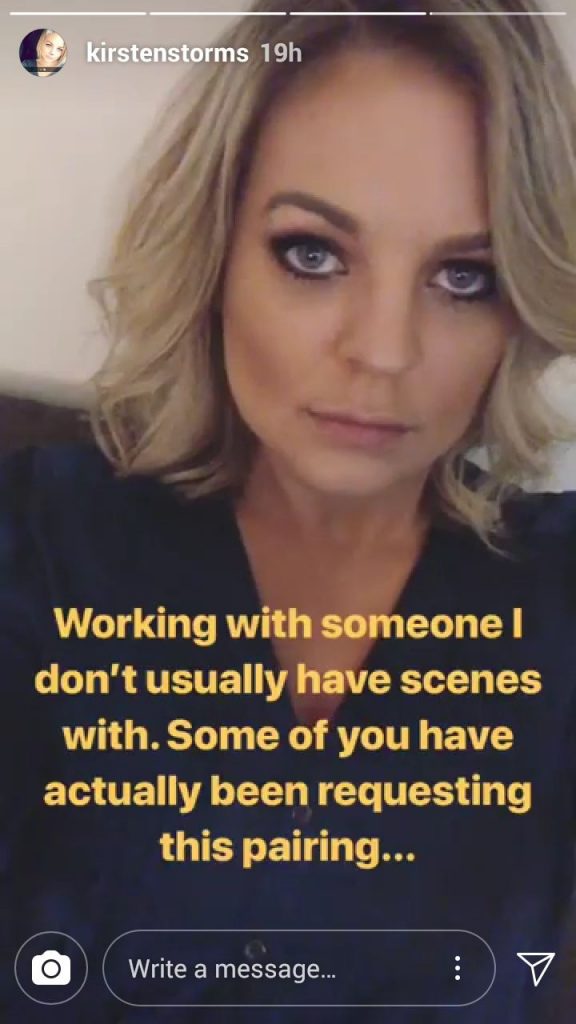 If Kirsten Storms leaked General Hospital spoiler is legit, then this is HUGE news for fans of the ABC soap opera.  Kirsten already teased a new romance very soon for her character Maxie at a recent fan event, but didn’t say any names.  She did joke that Maxie’s husband Nathan’s “body was still warm,” and she was surprised she was moving on so quickly.

Since Storms claimed it was a character she rarely shared scenes with, that rules out Peter August [Wes Ramsey], who she has been spending a lot of time with lately.

A popular theory among General Hospital fans is that Maxie is referring to Chad Duell’s character Michael Corinthos.  They are the right age range, both single, and fans have been interested in a pairing between them for years.  Another possible contender is hot new cop Chase, who just happens to be Finn’s brother.  Also, there’s Griffin Munro [Matt Cohen] or possibly Curtis Ashford [Donnell Turner].

What do you think GH fans?  Who will be the new man in Maxie’s life?  Share your thoughts in the comments below!

General Hospital Poll: Do You Want Drew And Franco To Be Friends?