General Hospital POLL: Would You Like to See Kim and Julian as Hot New Romance? VOTE! 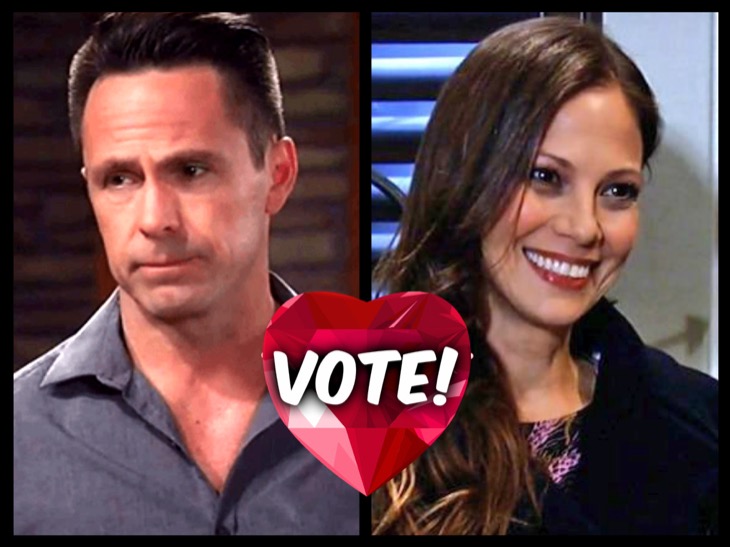 General Hospital (GH) spoilers reveal that Dr. Kim Nero (Tamara Braun) meets Julian Jerome (William deVry) at Charlie’s Pub and maybe its a chance for new beginnings for both of them. Would you like to see Kim and Julian in a hot new romance? Please vote and let us know what you think?

GH’s Julian Jerome has been in a rut lately. He appears to still be thoroughly in love with his ex-wife, Alexis Davis (Nancy Lee Grahn) who seemed to be moving on with her life with Dr. David Bensch (James De Pavia); but also has been giving him mixed signals, by constantly showing up at his bar. Some viewers feel that Julian had lost his chance with Alexis and is unredeemable in their eyes after he held a dagger to her throat in an attempt to kill her; while others feel he was under duress from his sister, Olivia Jerome (Tonja Walker), either way, it looks like Kim could be the fresh start he needs, no?

General Hospital spoilers tease that since Kim Nero set foot in Port Charles, no one knows what her intentions are, but it is clear she has some unresolved feelings for Drew Cain (Billy Miller). Kim is clearly a smart, beautiful and independent woman, who has dedicated her life to raising her son, Oscar (Garren Stitt), maybe it would be nice to see her get involved with someone and why not with someone who is trying to rebuild his life and redeem himself in society’s eyes?

Their union might be a welcomed thing for several people in Port Charles, Molly Lansing (Haley Pullos) would be thrilled to see that her mother would no longer be an option for Julian, while Sam Morgan McCall (Kelly Monaco) would be able to breathe a sigh of relief, with Kim occupying her time with another man, other than the Drew, the father of her son; even though Sam doesn’t view Kim currently as a threat.

General Hospital spoilers want to know, how do you feel about Julian Jerome and Kim Nero? Would you like to see them as a hot new romance? Please vote and let us know what you think.

Be sure to tune into ABC’s General Hospital (GH) to catch up on everything happening in Port Charles right now. Check Soap Opera Spy often for updates, news, rumors, and spoilers!

The Bold And The Beautiful (BB) Weekly Spoiler Photos January 15 To January 19: Steffy Tells Ridge About Her Affair, He Goes Insane