General Hospital POLL: Who Is Your Favorite Couple Drew and Sam or Liz and Franco? VOTE 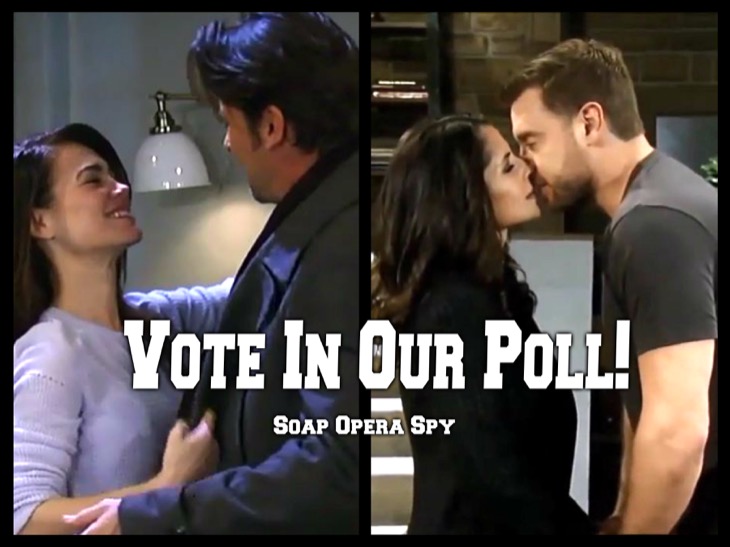 General Hospital (GH) spoilers reveal love is in the air as two couples are recently engaged, although both couples have been together for some time now. Who is your favorite couple? Drew Cain (Billy Miller) and Sam Morgan (Kelly Monaco) or Elizabeth Webber (Rebecca Herbst) and Franco Baldwin (Roger Howarth)? Please vote and let us know what you think.

General Hospital’s Drew Cain may have only recently discovered who he truly is, but the passion between him and Sam is real; the two have built a life together, have a family together, even re-committed to each other AFTER knowing Jason Morgan (Steve Burton) was alive, and their most recent marriage wasn’t valid. Sam has made her intentions clear when she finalized her divorce to Jason, she loves Drew for the man he is and wants her future with him.

Drew has been nothing but loving and kind to Sam, protective of her and the children, his and Jason’s. He may not know his entire past, or he may be hiding some of it; but there is no denying the lengths he will go to to protect his love and live with Sam. Sam is enjoying the media empire they have acquired from her mobster father, Julian Jerome (William deVry) and likes not having to dodge literal bullets any more, and who can blame her. But is their love meant to be?

General Hospital spoilers show that Liz and Franco have really bonded as a couple. Franco seems to have found a place to call “home” with Liz and the boys, forming a pretty intense relationship with her young son, Jake (Hudson West). Liz has been patient and very forgiving with Franco, considering the things he has done in the past and not so distant past. They do seem to work well together and she brings out the best in him; although he still has some secrets he also is keeping from her.

Franco, similar to Drew, appears to be willing to do anything for Liz, including some pretty sadistic things, all in the name of love. But when he is alone with her, he is gentle and kind; they can be goofy and playful when their world can be crumbling around them. Its moments like those that make GH fans adore them.

General Hospital spoilers want to know, who is your favorite couple – Drew & Sam OR Liz & Franco? Please vote and let us know what you think!

The Young And The Restless (YR) Weekly Spoiler Photos Jan 15 to Jan 19: Hilary Has Baby Fever