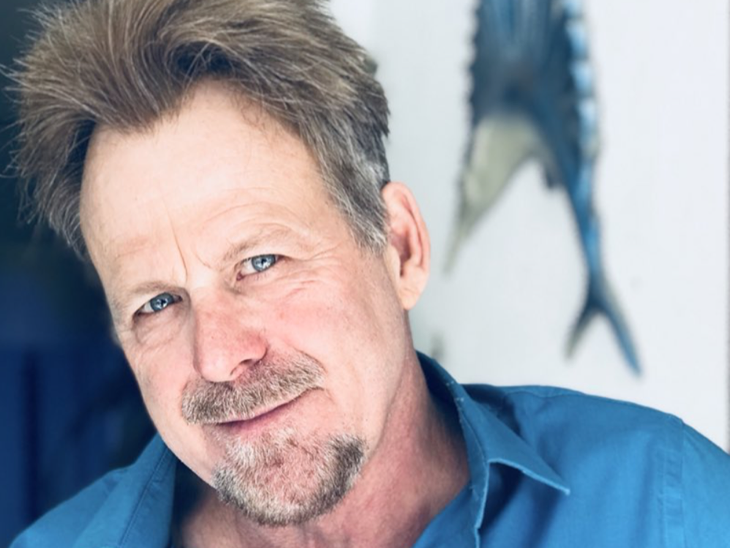 General Hospital (GH) spoilers reveal Kin Shriner, who portrays attorney Scotty Baldwin on the ABC soap opera General Hospital has told his fans on his personal Twitter account, “Just finished today great mystery job at Warner Brothers studio u @GeneralHospital fans stay tuned!!” Along with the caption is a photo of him with cartoon characters Fred Flintstone and Scooby Doo. What could Kin Shriner possibly be up to at the Warner Brothers Studio?

GH sources tease that Kin Shriner’s character, Scott Baldwin has just wrapped up a huge story arc where he was forced to defend sleazeball Dr. David Bensch (James DePaiva) who had been sexually harassing young women for years at the hospitals he had worked at, ending when intern Kiki Jerome (Hayley Erin), with the help of lawyer Alexis Davis (Nancy Lee Grahn) took a stand and filed a law suit against her assailant and won.

Who knows what’s next for Scotty even though he could become wrapped up in Ava Jerome’s (Maura West) scheme for revenge now that she knows her lover, Dr. Griffin Munro (Matt Cohen) has slept with her daughter, Kiki. There is also the upcoming wedding of his son, Franco (Roger Howarth) to his beloved, nurse Elizabeth Webber (Rebecca Herbst).

What storyline do you think Scott will be involved with next, especially since former love, Laura Collins (Genie Francis) is returning and with all the mystery and danger surrounding Ryan Chamberlain and Dr. Kevin Collins (Jon Lindstrom) will surely shock Port Charles and many people Scott cares about?

General Hospital spoilers reveal Kin Shriner is the 6th actor to portray the role of Scott Baldwin, but definitely the one who has played the character the longest. Kin Shriner took over the role in August 1977 and has been playing the role on and off ever since. He is currently on recurring status and we with he would be moved to contract!

Be sure to tune into ABC’s General Hospital (GH) to catch up on everything happening in Port Charles right now. Check Soap Opera Spy General Hospital spoilers often for updates on this story; for GH news, rumors and spoilers and so much more!