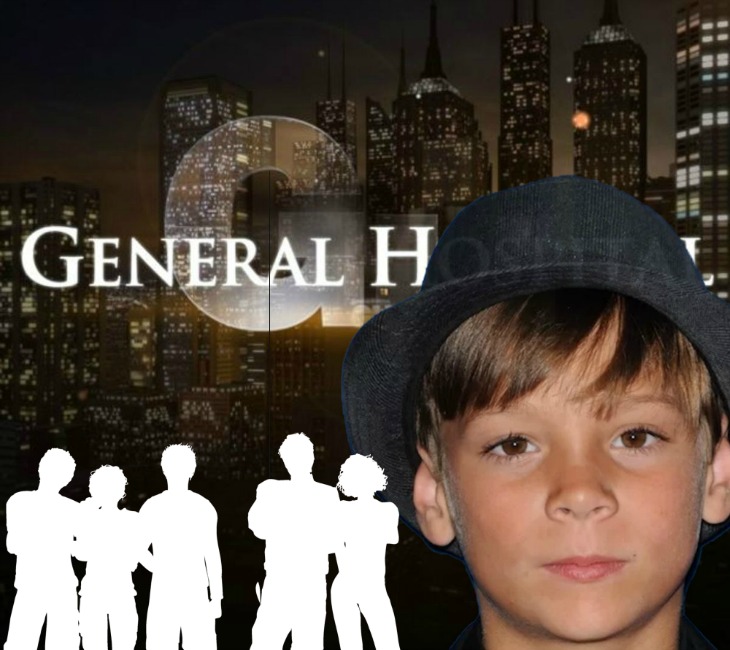 Eventually, everyone needs to grow up, right? New General Hospital rumors tease that Elizabeth’s (Rebecca Herbst) son Cameron Spencer will finally appear as a teenager in the upcoming season. Apparently, viewers will be seeing more of Cameron on the Port Charles teen scene even though we’ve barely seen him as a child. Instead, we’ve only gotten to know his brother, Jake.

Well, that is all about to change as General Hospital writers are willing to give Cameron not only more screen time, but some room in his mom’s storyline. In other words, Liz’s invisible son will not be so invisible anymore.

As many fans can remember, Cameron is actually the product of Liz’s memorable one night stand with Zander Smith. Because Zander hasn’t been in the picture, Cameron has always considered Lucky Spencer (Jonathan jackson) to be his real father. Lucky is also the biological father of Liz’s youngest son, Aiden.

Of course, Cameron isn’t the only child character in Port Charles with a confusing age. Josslyn was supposed to be 14 but was only born nine years ago. Also, Morgan was born less than a year before Cameron but was in his 20s when he died two years ago.

And to make things even more confusing, Cameron, Emma and Josslyn were all the same age at one point, even though Joss was Cameron’s camp counselor last summer. Clearly, the head writers at General Hospital haven’t been doing a very good job of keeping everyone’s ages straight!

The Young and the Restless (YR) Spoilers: Victor and Nick Trust Each Other – Return To Newman To Be Different

The Bold and the Beautiful Comings and Goings: A Fan Favorite Returns and A Familiar Face Debuts