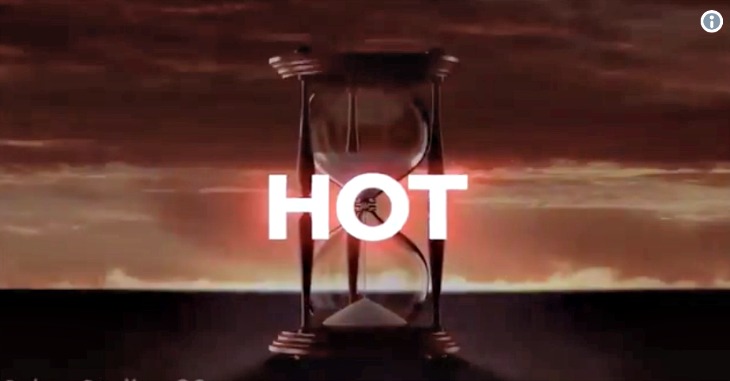 “Days of Our Lives” spoilers for the week of July 9-13 tease that we’ll see some summer love on the NBC soap. For starters, Kate (Lauren Koslow) and Ted (Gilles Marini) will heat up the screen. The sexual tension will finally explode as these two have an evening of passion. Kate will instruct Ted to take off his shirt and he certainly won’t fight her on it. They’ll strip down and hit the sheets, so stay tuned.

Meanwhile, John (Drake Hogestyn) and Marlena (Deidre Hall) will make time for some romance. They’ll savor a few strawberries as they get cozy in the bedroom. Marlena and John have a big wedding coming up, so they’ll look forward to tying the knot and sealing the deal on their future.

Over with Brady (Eric Martsolf) and Eve (Kassie DePaiva), they’ll put the custody drama on hold briefly. Brady won’t want Eve to lose sight of how much he cares about her. “Days of Our Lives” spoilers say they’ll enjoy a make-out session and reaffirm their love.

Across town, Abigail (Marci Miller) will try to ignore her troubles as well. She’s not sure who the father of her baby is, but she desperately hopes it belongs to Chad (Billy Flynn) instead of Stefan (Tyler Christopher). Regardless, Abigail won’t let the drama get in the way of some steaminess. She’ll make love with Chad and do her best to put her worries aside.

Other “Days” spoilers say JJ (Casey Moss) will make a sacrifice for Theresa’s (Jen Lilley) sake. He’ll fall on his sword to save her at the custody hearing, but the real shocker will come in the form of a charged moment. There’s definitely a little sizzle between them, so we’ll see where it leads.

At the pub, Jennifer (Melissa Reeves) will compliment her sexy bartender boyfriend. Eric (Greg Vaughan) will have plenty of praise for his lovely lady, too. They’re all in on their romance, but Ciara (Victoria Konefal) could find herself torn. After she’s rescued from the fire and rushed to the hospital, Ciara will break out to see Ben (Robert Scott Wilson).

“Days” spoilers say Ben will deny setting the blaze. Despite his arrest, Ben will insist that he’s innocent and cares about Ciara. DOOL’s weekly preview shows Ciara leaning toward Ben – perhaps for a kiss! They may not get that far and this could be a fantasy, but at least some hot scenes are looming.

However, Tripp (Lucas Adams) won’t be left out in the cold. “Days of Our Lives” spoilers state that he’ll move closer to Ciara and ask if she’ll trust him. It’s worth mentioning that Tripp will be shirtless at the time. Could Ciara and Tripp get their relationship back on track? Will they take things to the next level? Whatever the case, you can bet Ciara will still have Ben on her mind!

This week will pack in loads of love triangles and heartfelt reunions, so don’t miss the fun episodes ahead. We’ll give you updates as other “Days” news and rumors emerge. Stick with DOOL and don’t forget to check Soap Opera Spy often for the latest “Days of Our Lives” spoilers, rumors, updates and news.

The Bold and the Beautiful Spoilers: Zoe’s On A Mission To Cause Trouble – Spying On Emma