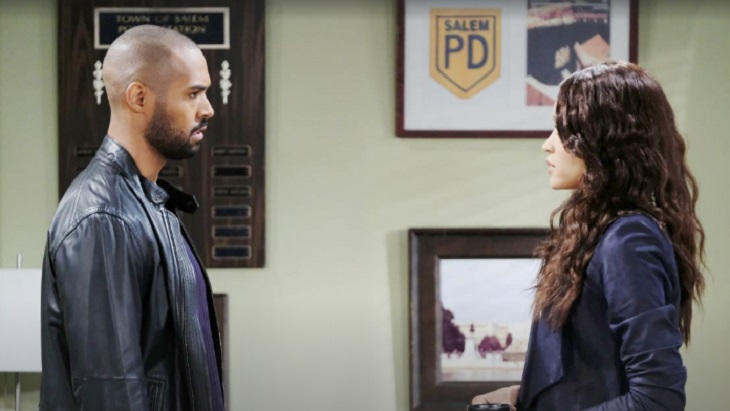 “Days of Our Lives” spoilers for Thursday, December 6, tease that Chloe (Nadia Bjorlin) will get a pleasant surprise. Lucas (Bryan Dattilo) will arrive home from his trip to Europe, so Chloe will be overjoyed. She’ll be glad to have Lucas back in Salem, but he’ll have some news that really throws her for a loop. It turns out Lucas won’t be sticking around!

Lucas was devastated after “Baby Bonnie” was revealed as Rex’s (Kyle Lowder) kid. That was one of the reasons he wanted to be closer to Allie. Spending time with his real daughter seemed like a good idea after all the confusion. It gave Lucas hope and reminded him of the positivity in his life.

Days Of Our Lives Spoilers – Lucas Drops A Bomb

Now Lucas has seen the light about stepping up and being a great dad. He’ll let Chloe know he wants to move to Europe permanently, so she’ll have to decide what to do. “Days of Our Lives” spoilers say Chloe won’t be keen on moving Parker that far. She won’t know if she wants to move herself either. 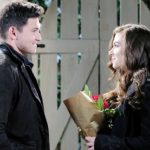 Despite Chloe’s love for Lucas, this just isn’t going to work out for them. DOOL fans can expect a split pretty soon, so that’s just something they’ve both have to make peace with. In the meantime, “Days” spoilers state that Lani (Sal Stowers) will face the green-eyed monster. She’ll battle some jealousy after Sheila (Tionne “T-Boz” Watkins) acts like she slept with Eli (Lamon Archey).

That’ll lead to a much-needed confrontation about the way Lani feels. Eli will push Lani to admit she wants to be with him, which will bring flying sparks. “Days of Our Lives” spoilers say they’ll share a steamy kiss, so Eli had better thank Sheila for her help!

Over with Abe (James Reynolds), he’ll get some updates that bring him down. It looks like Valerie (Vanessa Williams) won’t be able to meet up, so Abe may realize just how difficult a long-distance romance is. Abe will take his frustration out on Sheila, but she won’t let him get away with that. Maybe Sheila will push until Abe opens up about his struggles.

Elsewhere, Sarah (Linsey Godfrey) and Maggie (Suzanne Rogers) will argue about Holly’s custody situation. Maggie will want to keep Holly, but Sarah will insist that Eric (Greg Vaughan) is the better option. They’re both in for a shock when Chloe joins the fight next week.

“Days” viewers won’t want to miss all the bombshells ahead. We’ll keep you posted as other details and rumors emerge. Stay tuned to DOOL and don’t forget to check Soap Opera Spy often for the latest “Days of Our Lives” spoilers, rumors, updates and news.