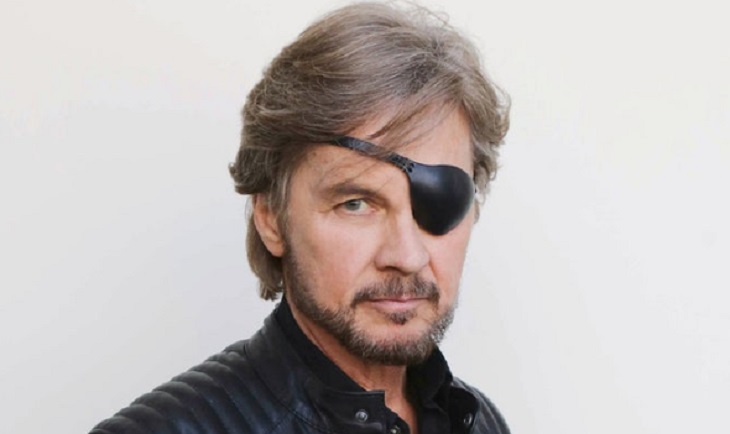 Days of Our Lives spoilers tease that Patch is leaving sooner than expected. As a matter of fact, actor Stephen Nichols, who plays Patch on the highly rated NBC soap says that his character will continue to air “through September something.”  He also opened up about his storyline during a very lengthy Q&A with his fans on Twitter.

According to Soaps in Depth, Stephen said that he never expected that Patch and Kayla would be so popular with fans. The actor also shared that he thought his storyline surrounding Steve’s blindness “was a gift to have something to work on.” That’s because he loved having such an in-depth and emotional storyline.

Unfortunately, Stephen added that he felt “disappointed when the struggle of vision loss was not given more attention” and added, “Why open that can of worms if you aren’t going to fish.” That might also be one of the reasons why he’s had at least one foot out the door for several months now.

Stephen decided to leave Days of Our Lives when it was reported that his contract negotiations didn’t work out as he had previously hoped. It’s without a doubt that his fans will definitely miss seeing him on the small screen. But then again, even soap fans know that anything can happen at an time. The door will always be open for Stephen to return, should he reconsider it. Fingers crossed!