Days of Our Lives Spoilers: Lucas Returns To Salem 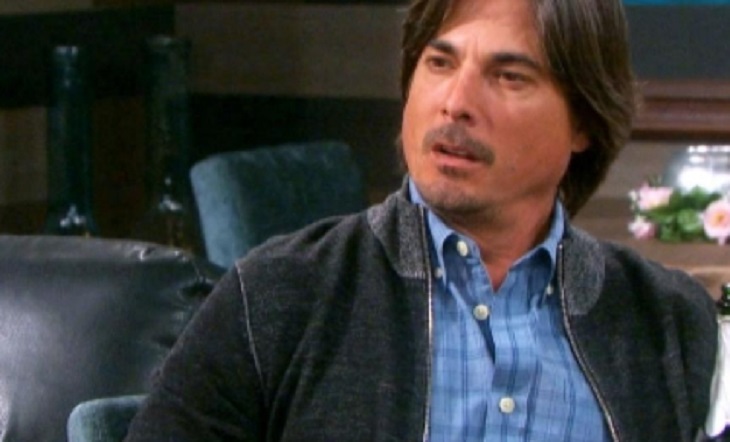 Days of Our Lives spoilers indicate that Lucas Horton [Bryan Dattilo] is returning to Salem and that he’s got some big news in store. As a matter of fact, Lucas is not only coming back, but he’s got some major news to share, too. Here’s what you need to know.

Apparently, Days of Our Lives spoilers tease Lucas will be returning from Europe with a big surprise for Chloe. He drops a bombshell that will forever change their relationship. There’s a very strong possibility that he will tell her that he wants to relocate to Europe, which gives Chloe two options: either she leaves Salem and goes with him or she cuts the cord on their relationship. It’s without a doubt that she doesn’t want to pack her bags and leave everything behind, but at the same time she doesn’t want things to change between her and Lucas, either.

Days Of Our Lives Spoilers – Still Hope For Lucas And Chloe?

Lucas and Chloe have always had an up and down relationship. After he rekindled his relationship with his ex-wife, Lucas invited her for a date at the ice rink. Little did he know that Bonnie would show up to spoil the fun and tell him that he is the father of her baby girl.

If that weren’t enough, he’s always struggled to repair things with his son, Will. As much as he tried to build their father and son relationship, Lucas struggled with his inner demons and his alcoholism.

So could Lucas have finally found peace and happiness while in Europe? Is that why he’s looking to go back? Fans will find out soon enough!