Days of Our Lives Spoilers: Is John Aniston Retiring? 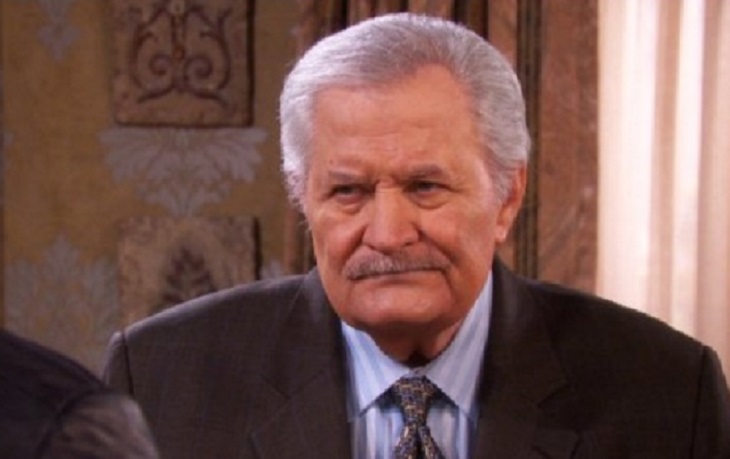 Days of Our Lives fans might be seeing less of this iconic soap star on the small screen in the near future. There are new reports that say actor John Aniston is being urged to retire by his own family members. John is the father of Hollywood actress Jennifer Aniston. He has been playing the role of Victor Kiriakis on Days of Our Lives since 1986.

Apparently, it’s Jennifer who is asking her father to give his daytime job a break. At 84, he just doesn’t have the energy that he used to have. One source told The Globe that Jennifer is actually afraid that her father is “working himself to the grave” and his been begging him to retire.

Unfortunately, John is not listening to his famous Hollywood daughter. He loves what he does and doesn’t plan no leaving Salem anytime soon. But for Jennifer, she’s still worried about the future. After all, she suffered the loss of her mother, Nancy Dow, when she passed away from a long-suffering illness back in 2016. And while John Aniston still seems to be in good health, Jennifer doesn’t want to see her father spend his golden years on the set of a daytime television show.

So far neither John Aniston nor Jennifer Aniston have made any comments about the report. Of course, fans will just have to tune in to see what will happen next for Victor Kiriakis. But seeing how he’s made it this far, we have a feeling that he’ll continue to work for as long as he can. Stay tuned!

In the meantime, Days of Our Lives airs weekdays on the NBC network. Check your local listings for times. Also, drop us a line with your thoughts in our comments section below. And don’t forget to check back with Soap Opera Spy for all the latest and greatest on Days of Our Lives and all of your favorite daytime television shows right here!

The Young and the Restless (YR) Poll: Do Nikki and Phyllis Deserve Jail Time?