Days Of Our Lives RUMOR: Hope And Rafe Frame Ben To Get Justice 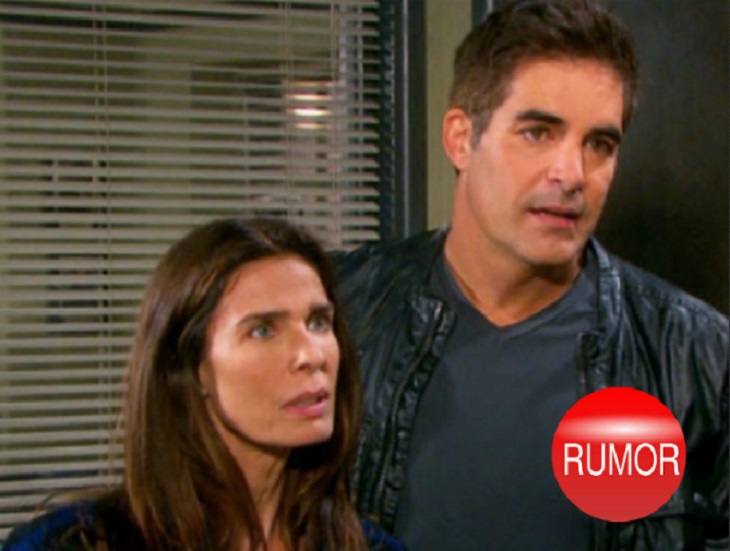 Days of Our Lives’ Hope (Kristian Alfonso) and Rafe (Galin Gering) hate that Ben (Robert Scott Wison) was deemed sane and released. Will Hope and Rafe frame Ben to put him away for good?

Rafe sees Ben as the devil himself. In Rafe’s eyes, Ben is as bad as Stefano Dimera (Joe Mascolo). Rafe also helped cover up Stefano’s murder. It isn’t a big stretch to believe Rafe would help frame, Ben.

After DOOL’s Bo (Peter Reckell) died, Hope lost it. Hope went to Stefano’s mansion and killed him in cold blood. Hope felt she was justified because of Bo’s death. Hope had no idea that Deimos (Vincent Irizarry) was behind the kidnapping.

In Hope’s eyes, anything that went wrong in Salem was Stefano’s fault. Stefano was evil and never paid for any of his crimes. Should an officer of the law take justice into their own hands? Criminals are entitled to due process just as well.

Hope and Rafe Had Days To Plan This

Days Of Our Lives’ Hope and Rafe looked for Ciara (Victoria Konefal) for days. Hope knew that Ben had been released. Hope automatically blamed Ben for Ciara’s disappearance. Rafe is married to Hope. Rafe has helped in a coverup before. Rafe helped with the investigation and was equally sure Ben was guilty.

Rafe loves Ciara like his own. Rafe promised Bo he would take care of Hope. Rafe will do whatever it takes to protect either.

Days Of Our Lives’ Ben has tried every way in the world to help Ciara. Ciara trusts Ben completely. Ciara would do anything for Ben because she trusts him. Ben would do the same for Ciara. If Ben had set the fire, why return to the scene? Why would Ben want to draw attention to himself again?

Ben left a phone with Ciara. Why would Ben give Ciara means to call the law? Why would Ben risk arrest again? None of Hope and Rafe reasoning makes sense. Ben is clever, he fooled people for months. Ben is not going to give himself away now.

DOOL’s Hope and Rafe are obviously biased when it comes to Ben. Neither Hope nor Rafe is beyond framing someone. If Hope and Rafe did frame Ben, will Ted expose them? Will Ciara forgive them if this is true?

The Young and the Restless (YR) Spoilers: Schick In Danger – Will Sharon Learn About Nick’s Cheating Before Wedding