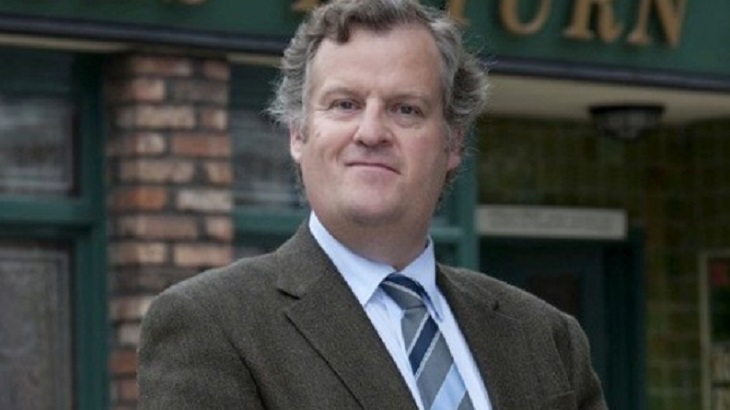 Coronation Street spoilers indicate that Brian Packham is about to take matters into his own hands. As a matter of fact, he is going to make an official complaint about Phil Gillespie and his bullying, but unfortunately this won’t solve all of his problems, though. Here’s what you need to know.

It’s without a doubt that Brian has had a few tough weeks. Phil has made his job very hard by giving him an impossible workload and piling on so many things at once, that it’s been stressing poor Brian out like never before. If that weren’t enough, Phil has also been giving him contradictory instructions and threatening to fire him at every turn.

All of this has forced Brian to pass out from exhaustion. Phil showed very little sympathy towards him and instead suggested that he simply might not be cut out for the job.

What better way to spend Christmas Day morning than a tug of war between The Rovers Return and The Flying Horse!

Brian has had enough of Phil’s nastiness towards him. After being diagnosed with heart palpitations, Brian finally speaks up for himself by telling the headteacher Melinda all about Phil’s bullying. And while Phil has managed to apologize to him, it doesn’t look like Brian’s nightmare is over.

As a matter of fact, it might have just started, especially after Phil turns up to monitor one of his classes alongside Melinda. This will in turn have Brian’s bosses keep a very close eye on him, especially after he complained about his heavy workload. Does this mean that Brian will be forced to leave his job? Fans will find out soon enough!

Bold And The Beautiful Spoilers: Hope Logan And Her Baby In Danger

General Hospital Spoilers: Ryan Slips Up; Sam Has A Secret