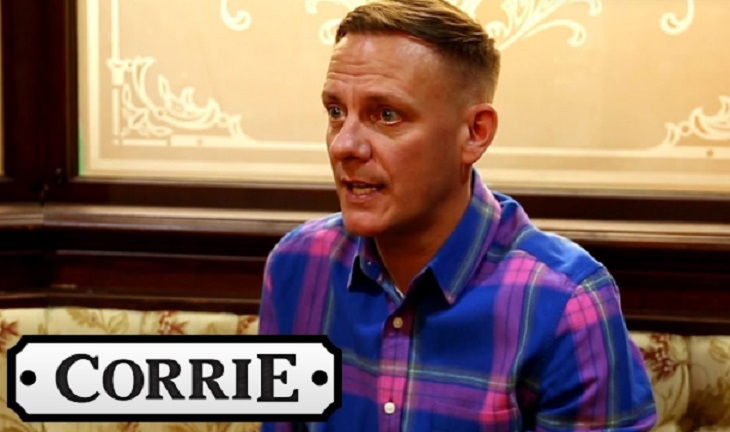 Something massive is brewing in Coronation Street and fans are up for a big surprise. Antony Cotton, who plays the character Sean Tully, hinted that the soap is set to reveal a huge new storyline this coming New Year, one that will surely blow away everyone at the cobbles.

Cotton was attending the The Sun’s Military Awards when he told the Bang Showbiz that the new storyline is so controversial that the soap producers had to ask for the consent of the actors, especially those who were involved.

“I’ve had an email today about something I can’t talk about, about if anybody has concerns with certain things that might happen then we need to talk about them now, that’s starting as soon as we get back,” he added.

Apart from the new plot, Cotton also expressed his deep concern over the significant number of homeless ex-army servants these days. He made the comment after bringing up his homelessness plot in the soap, which he said he was very proud to portray.

“Tis the season to be jolly” 🎄

Join us for an exclusive look at what’s happening on Coronation Street over the festive period with our big, bumper Christmas Preview!#Corrie #Christmas pic.twitter.com/gCSoGdA0F8

He pointed out that one out of four homeless people living in the streets are veterans. He considered the figure as an extraordinary and atrocious statistics, emphasizing that these people have served the country.

Cotton’s character, Sean Tully, started to live on the streets and eventually in a homeless shelter at Red Rec after Fiz Stape booted him out. Sean had to hit rock bottom first before his homelessness plot ended. He was so full of pride that he didn’t want to ask for help.

However, he reaches a point when he had no choice but to accept that living on the street is extremely difficult and that he cannot do it on his own.

It was his ex-partner Billy Mayhew who became his savior. He was given a more comfortable place to stay and not long after that, Sean was able to get his old job back at the factory.