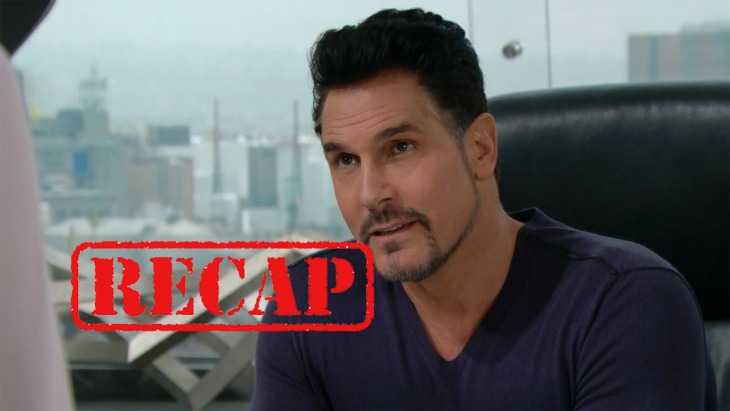 “The Bold and the Beautiful” (BB) recap for Monday, December 17, 2018 reveals that over at Forrester Creations, Steffy Forrester Spencer (Jacqueline Wood), and Hope Logan Spencer (Annika Noelle) get in a heated conversation about Taylor Hayes (Hunter Tylo).

Steffy argues that her mother is not dangerous and she tries to make Liam Spencer (Scott Clifton) see that. Hope tells Steffy that she and Liam can do that what they want where their daughter is concerned but says Taylor will not come anywhere near her child. Steffy asks Hope how much she needs to take from her until she will be satisfied. Steffy tells Hope she wanted their daughters to be close and Hope says it can still happen depending on what she and Liam decide.

Bold and The Beautiful Spoilers – Hope Has Doubts

Steffy calls Liam out, but he sees where Hope is coming from. Liam wants to get past this and Hope gets upset that he is swiping it under the rug. Hope and Liam go back and forth about what should be done. Steffy pleads to Hope not to take Kelly’s sister from her. Liam wants Hope to find some common ground. Hope points out that she is his wife and he should support her. Hope asks Liam if they made a huge mistake by getting married. Hope says she is just as strong as Steffy and can raise a child on her own. She then tells Liam he has to pick her or Steffy.

Do you think these two can work out their differences? Tell us what you think! #BoldandBeautiful pic.twitter.com/OxZeYHJntj

At Spencer Publications, Bill Spencer (Don Diamont) chats with Brooke Logan Forrester (Katherine Kelly Lang). She wants to discuss Taylor Hayes with him. She points out Taylor is dangerous but Bill says he gave Taylor his word. Brooke tells Bill that Taylor shouldn’t be left alone with an infant and reveals she has been babysitting Kelly. She then tells him that Taylor is moving in at Steffy’s and will be living with his granddaughter. Bill is shocked but thinks Steffy can handle it. Brooke pleads to Bill to do something to protect Kelly.

At Wyatt Spencer’s (Darin Brooks) place, he and Sally Spectra (Courtney Hope) talk about yoga. She wants to teach him more, but Wyatt doesn’t want to leave the bed. They kiss. Wyatt tells Sally that he wasn’t looking for a response when he told her that he loved her. She lets him know that she loves him too. Wyatt tells Sally if there is a day that he does show his support or appreciation he wants her to call him out on it, and she wants the same. They start making out. After sex, Wyatt asks Sally if she wants him to be there when she pitches her idea. She says he will be whether it’s physical or not.

And that’s a wrap. Don’t forget to check often with Soap Opera Spy for all your latest soap needs!