Bold and the Beautiful Rumors: Thorne Exit Storyline – Revenge On Taylor For Losing Darla And Aly? 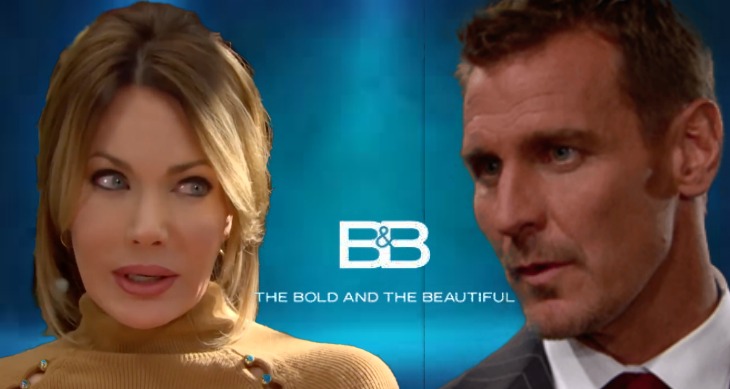 “Bold and the Beautiful” (B&B) spoilers tease Thorne Forrester’s (Ingo Rademacher) exit storyline could prove to be a very emotional one. The word on social media is he could be the one that brainwashed Taylor Haynes (Hunter Tylo) and convinced her she killed Bill Spencer. It is an epic revenge plot to get back at her for Darla (Schae Harrison) and Aly’s (Ashlyn Pearce) death.

Rademacher announced last week that after one year of playing Thorne he will exit the CBS soap opera. He noted he appreciated the chance and opportunity to play the role. He thanked the fans of the show for accepting him. He added he may be back on the show from time to time, a hint that Thorne will not die.

I bet Aly wouldn’t be swinging an axe at this Taylor:#BoldandBeautiful pic.twitter.com/ZixzaWKV2V

Revenge On His Mind?

Hunter revealed on Twitter that Taylor is being brainwashed by someone. She said someone wants her to believe she shot Bill Spencer (Don Diamont), but that may not be the truth. Out of everyone on the show, the fans had trouble figuring out who could be capable of brainwashing her. Then, it occurred to the fans that Thorne has been very calm around Taylor, possibly too calm, considering their painful history.

Thorne should be angry with Taylor for taking Darla from him. She was the love of his life and her death led to Aly’s mental illness issues. It led to her and Steffy Forrester’s (Jacqueline MacInnes Wood) confrontation, which ultimately took her life. It would be only natural for Thorne to want Taylor (or Steffy) to pay for it, but to brainwash her and allow the Logan sisters to trash her is a little over the top, even for him.

Do you think Thorne could be the one brainwashing Taylor to believe she shot Bill? Don’t forget to come back later for more Bold and the Beautiful (B&B) spoilers, news, and casting updates!