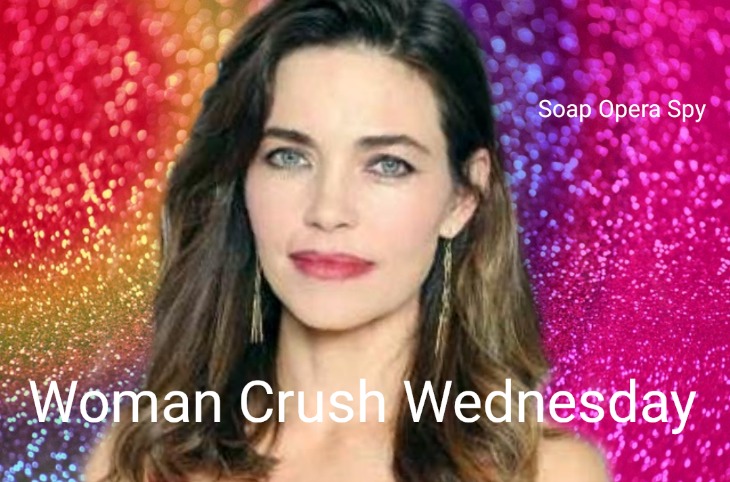 “The Young and the Restless” beautiful and sassy Amelia Heinle has been chosen to be this week’s Woman Crush Wednesday! She is one extremely talented actress!

Amelia March Heinle was born in Phoenix, Arizona where she grew up and later in life moved to New Jersey with her family. She has four younger siblings, so as you can see she comes from a large family.

In 1993 Amelia Heinle started on the soap called “Loving” playing the part of Stephaine “Steffi” Brewster,  she also played the character in a short lived spinoff “The City.”

Amelia has also played in many movies as well. In 2001, she went on to play on “All My Children” in the role of Mia Saunders the unknown half- sister of Liza Colby (Marcy Walker). In 2004, Amelia opted not to renew her contract with “All My Children” and left the show.

I’m loving all this gourmet ice cream for my birthday! @highroadcraft #yr

Then on March 21, 2005 Amelia Heinle joined the cast of “The Young and the Restless” recasting the role of Victoria Newman. She replaced the awesome the Heather Tom. Amelia is still there to this present day doing a fabulous job at portraying The Great Victor Newman’s (Eric Braeden) daughter! She plays the part so well, and the on screen chemistry between the two is certainly one like no other. It’s almost like they really are father/daughter.

In March 2007 Amelia married her co-star on “The Young and the Restless” Thad Luckinbill who you may remember playing the part of J.T. Hellstrom which is Reed’s (Tristan Lake Leabu) father and the on screen ex- husband of Ameila’s character Victoria. Sadly, on March 1, 2017 the two filed for divorce.

Amelia Heinle is definitely no stranger to daytime television and does a phenomenal job at any role she plays! She is certainly our Woman Crush Wednesday, how about yours? Make sure to stay tuned to CBS’s “The Young and the Restless” to see her in action.