Who Is The Bold and The Beautiful Sheila Carter? – B&B Flashback Part I 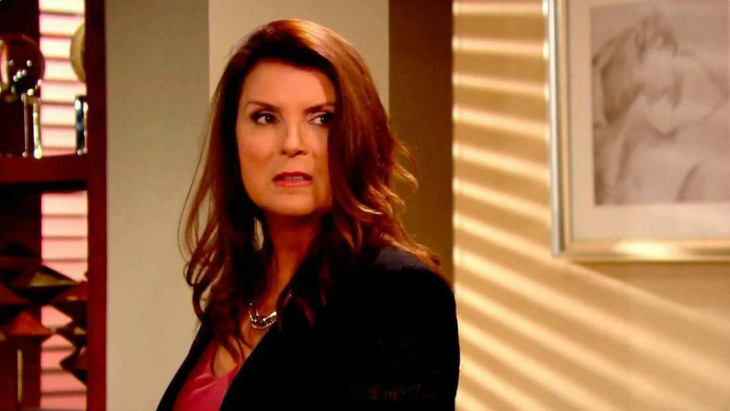 Sheila Carter (Kimberlin Brown) returned to ‘The Bold and the Beautiful’ in June. This infamous character hadn’t been seen on B&B since 2003. While Brown’s daytime break came in 1987, when she briefly played Danny on Capitol, it was the Sheila alter ego that made her a soap star.

Brown became Sheila on Y&R in 1990. She began a series of crossover’s to B&B and back to Y&R starting in 1992, which came after Sheila was thought to have died in a fire. That blaze erupted while Miss Carter was holding her own mother and Lauren (Tracey Bregman) hostage.

After telling the Grim Reaper off, Sheila saw that Forrester Creations was advertising for a company nurse. So she moved to California. This was years before extensive background checks were conducted.

In addition to her corporate job, Sheila also served as Rick’s (long before Jacob Young played him) governess. That term was used to wink at Dark Shadows fans. While Sheila was never like Victoria Winters (Alexandra Moltke), horror-like elements have long inspired the writing of Brown’s character.

In time, Eric (John McCook) and Sheila fell in love. But Brooke’s (Katherine Kelly Lang) pregnancy complicated matters. However, Sheila manipulated paternity test results to make Ridge (then played by Ron Moss) look like the father instead of Eric. 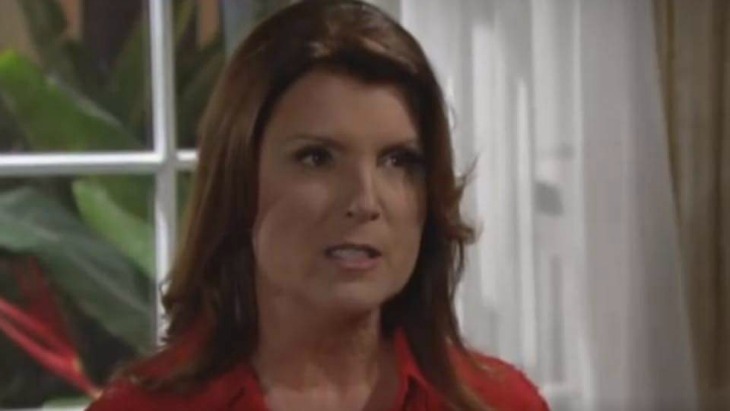 Sheila became friends with Brooke and served as her executive assistant. But Eric’s ex-wife Stephanie (Susan Flannery) never had use for the future Mrs. Forrester.

Lauren crossed over from Y&R when she eventually learned that Sheila was alive. Despite Lauren’s efforts, Eric eventually married Sheila.

Brooke later took control of Forrester’s, which pushed ‘Sheric’s’ marriage off-kilter. No that couple’s moniker wasn’t applied at the time, but feels right in retrospect.

Sheila and Eric went on a cruise, in an attempt to repair their relationship. Lauren and Scott (Peter Barton) happened to be soapily present as well. That storyline served as Barton’s farewell, as Scott succumbed to an illness and died. Prior to closing his eyes he made Lauren promise to give Sheila another chance, which she did.

That brings us to James Warwick (Ian Buchanan). But Sheila’s next spouse will lead the second part of this flashback feature. Yes, that’s the teaser.

WATCH: The Young And The Restless Preview Video Monday, August 14