Which Y&R Genoa City Character Will Be Written Out Halloween Week? 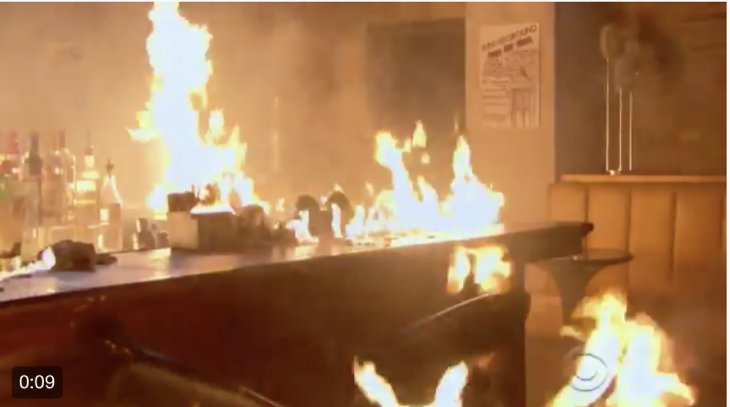 Halloween on ‘The Young and the Restless’ means scary days for some and the potential end for others. Executive producer and now, head writer at Y&R Mal Young’s scripts are now being projected. So, which Genoa City character could be written out during Halloween week as a result?

It’s always possible that more than one actor is about to exit the cast. But let’s assume that just one worker was let go recently, as soap scenes are filmed approximately six weeks in advance.

He’s an obvious suspect because of Scott’s (Daniel Hall) current dilemma. It would seem improbable that Hall’s character will be sent to prison for life, or worse and that Zack (Ryan Ashton) will stick around.

Mr. Stinnett fronted Design Date as a legitimate business. Abby (Melissa Ordway) will learn about that perpetrated fraud and that the man who she’s in love with actually was the head of a trafficking ring.

Dina’s (Marla Adams) companion turned out to be a swindler, just as many have suspected. It can’t be possible that the Abbott children will allow him to remain legally tied to their mother forever.

There would seem to be little left for Graham (Max Shippee) to do now that his scam has been exposed. Mr. Bloodworth is primed to remain in Florida with his mother, or somehow be written out.

However, considering Dina’s age and recent health issues one can’t rule out her demise. Might she and John (Jerry Douglas) be reunited after all?

LOVE Y&R?  SIGN UP FOR OUR THE YOUNG & THE RESTLESS NEWSLETTER, HERE!

This character, more than the others referenced or those not mentioned is deeply disliked by Y&R fans. Juliet (Laur Allen) is persona non grata among most GC supporters.

A sudden end to Miss Helton’s existence would be cruel, as she’s apparently carrying Cane’s (Daniel Goddard) baby. So, suggesting this name as a potential character exit might be nothing more than wishful thinking.

Did Lily’s (Christel Khalil) brush-off imply that Jordan (Darnell Kirkwood) was nearing the end of his run? His only current romantic alternative is Hilary (Mishael Morgan), whose future seems tied to Devon (Bryton James) eventually.

Jordan’s main photo gig is with Brash and Sassy and Vickie’s (Amelia Heinle) company is currently imploding. Whether it survives or not, Y&R would need to expand this character’s story in order to justify him staying.

Yes, there are other character-exit options. Someone like Alice (Tamara Clatterbuck), Irv (Wayne Knight), or other lesser players could also leave Genoa City for a while, or for good. Those write-outs are much easier to construe.

Fans of ‘The Young and the Restless’ rightfully express their opinions on a regular basis. So, which character will meet her, or his Halloween ending? Please vote in our poll below!