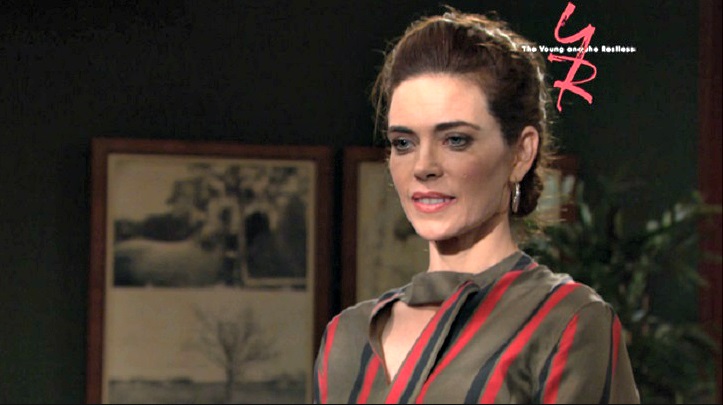 Vickie (Amelia Heinle) is very similar to her father on ‘The Young and the Restless’. Victor’s (Eric Braeden) ruthless gene was surely passed to his first-born daughter, who’s just maneuvered her way into the Chief Operating Officer’s slot at Newman Enterprises. Ravi (Abhi Sinha) is the latest person to learn how far Vickie is willing to go to obtain power.

Victor tapped Vickie to help lead the family business. The former head of Brash and Sassy wants to prove she’s up to the challenge. Her most recent move in that regard involves an attempt to pry Ravi from Jabot so she can access his technical talent. But Mr. Shapur is wise to Vickie’s charms.

The Ravi character has become a terrific addition to the Genoa City scene. Sinha’s vulnerable portrayal of a guy who was initially seen as a poor soul is wonderful. Two Y&R writing staffs have developed this techie into a complex personality since Sinha debuted earlier this year.

Related: The Young and the Restless (YR) Spoilers: Hilary May Lose GC Buzz – Backlash Against Host

Ashley (Eileen Davidson) wasn’t instantly drawn to Ravi. He had to work to gain her affection, which he’s certainly been successful in doing. Ashley was hesitant to date a co-worker and appeared to have some misgivings about Ravi’s personality type, as she’s often gone for the aggressive persona. Age never seemed to be the issue.

Ravi was patient, took good advice from Phyllis (Gina Tognoni) and kept working. As the months passed he was able to convince Ashley to give him a chance. While ‘Rashley’ isn’t a full-blown couple, they appear to be trending in that direction.

The rub for Ravi where Vickie’s offer is concerned is two-fold. First, he’s happy at Jabot. Second, his personal connection to Ashley has created an emotional barrier that likely wouldn’t allow him to betray his professional commitment, or personal goals.

But Y&R fans know that Vickie isn’t willing to take no for an answer. So it wouldn’t be shocking to see her somehow coerce, or force Ravi into doing her bidding at some point in the future. However, the man in question is both smart and wise. Ravi might be able to turn the tables to Jabot’s advantage if given time.