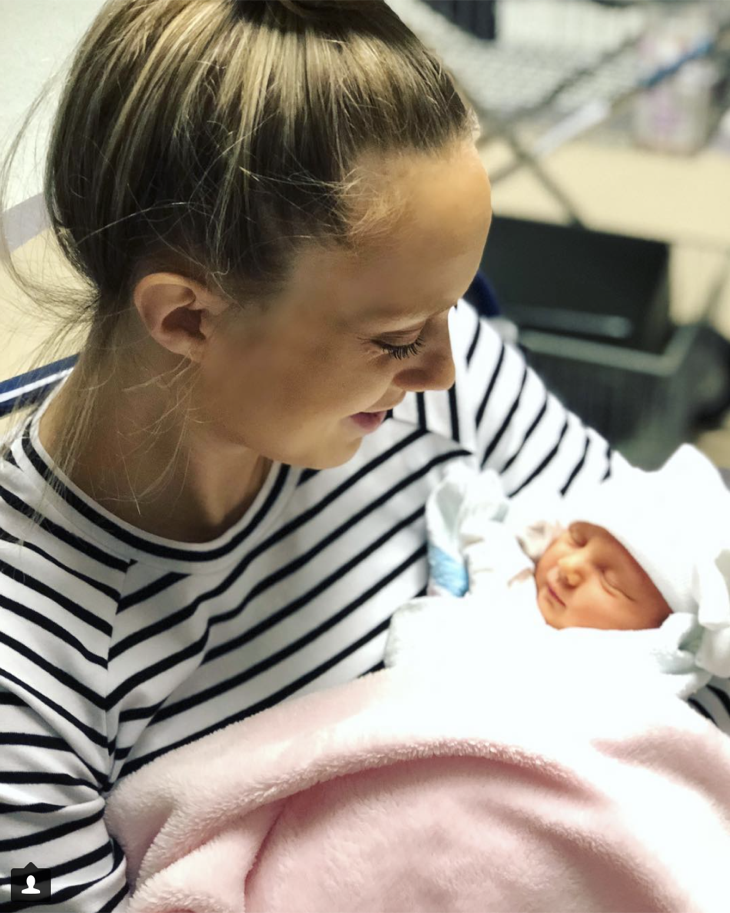 Melissa Ordway, who plays Abby on ‘The Young and the Restless’, gave birth to her second child on December 9. Sophie will be spending time with her mom, dad and sister Olivia in the coming months. That part of this piece is most important. Now, let’s separately address what Sophie’s presence also means for Ordway’s character.

Abby recently told Lily (Christel Khalil) that she was involved in an unexplainable relationship with Scott (Daniel Hall), of all people. She also referenced Ben (Sean Carrigan) during the conversation at Crimson Lights. It would be interesting to see Carrigan’s character, who Abby foolishly kicked to the curb, return in the future. But for now Miss Newman is focused on Scott.

Soap operas record episodes approximately six weeks in advance. That means the Abby character will need to be written away from Genoa City by sometime in late January. Of course, Y&R could temporarily recast the character. But let’s assume that executive producer and head writer Mal Young decided to give Abby a break until Ordway is able to return from maternity leave.

As the plot currently stands, Sharon (Sharon Case) doesn’t know that Abby and Scott have been together and continue to kiss. Scott’s house host, as she’s not technically his girlfriend based on what he’s been doing with Abby, believes that Ordway’s character likes Scott. But Sharon doesn’t realize that Scott has returned those feelings.

The above paragraph seemingly offers the straightest plot path to Abby’s departure. Sharon learns about Abby and ‘Shott’ has it out, but amazingly, and due to Ordway’s departure, Case’s character is willing to forgive and move on.

The Sharon Y&R fans were familiar with during the past 10-plus years wasn’t in complete control of herself. But she seems to be now, which would allow for this provocative issue to be overcome.

Scott has become a key character in the show. So if all isn’t resolved with Sharon after the projected fallout, then he might simply move back in with his mom, or get his own place. Surely, Scott couldn’t take off with Abby if she leaves town.

It’s also possible that Y&R ices ‘Scabby’ until Ordway returns. That potential couple could keep its secret and be revived in the spring, or summer.

The Young and Restless POLL: Which Y&R Character Do You Want Home For The Holidays? VOTE!