The Young and the Restless (YR) Spoilers: Juliet Faces Rough Road – Lily Hard To Get Over 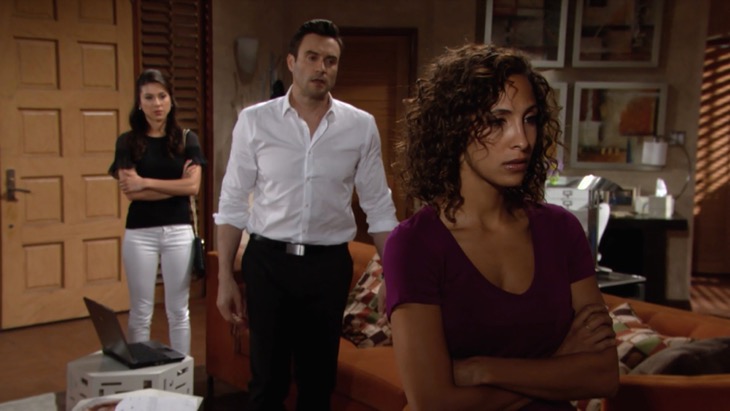 Juliet (Laur Allen) doesn’t have it easy on ‘The Young and the Restless’. She’s been tagged as the so-called other woman, who is perceived as having come between Cane (Daniel Goddard) and Lily (Christel Khalil). Yes, ‘Lane’ fans understandably believe that Allen’s character is the wedge in this storyline.

Unless there’s something that hasn’t been revealed about Juliet, Cane is at least equally responsible for what happened earlier this year in Tokyo, Japan. Some could argue that he bears the greater moral burden for having voluntarily downed far too much sake and then allowed himself to become involved with a younger and seemingly less savvy person.

There have been a number of occasions where Juliet has come across as a poor soul. Of course she shouldn’t have also partaken in that post-Sato (Richard Narita) business deal celebration, or gone upstairs afterward. She’s an adult and Cane didn’t coerce her free will.

However, Juliet has chosen to live in Genoa City, Wisconsin, where she has no family. Based on her circumstances, she also has no friends. Separately, a clear counter mark against her was the false harassment suit, which resulted in a solid payout.

Lily is a likeable character and despite her past indiscretions (yes, plural) with Joe (Scott Elrod), had restored her marriage and was a good mother to the now-SORAS’d twins. Surely that type of person is going to be backed by GC’s establishment. This longtime character is also going to be supported by many fans.

As the birth of Cane’s second son draws closer, some fans may feel the tug of compassion for both parties. Cane isn’t actually a lout. He got off-track, which later enabled him to be blackmailed by Jesse (Max Adler). As for Juliet, she wasn’t plotting to wreck Cane’s home since she first met him in Asia. That’s what the audience has been asked to believe.

LOVE Y&R? MAKE SURE TO SUBSCRIBE TO OUR THE YOUNG & THE RESTLESS NEWSLETTER, HERE!

Fictional personalities and real life Y&R viewers naturally root for people who they know and like. Many minds appear to believe that Juliet represents the sinister force that ended ‘Lane’. That’s could be the case because they still like Cane too. But his second son has the potential to soften hearts over time.