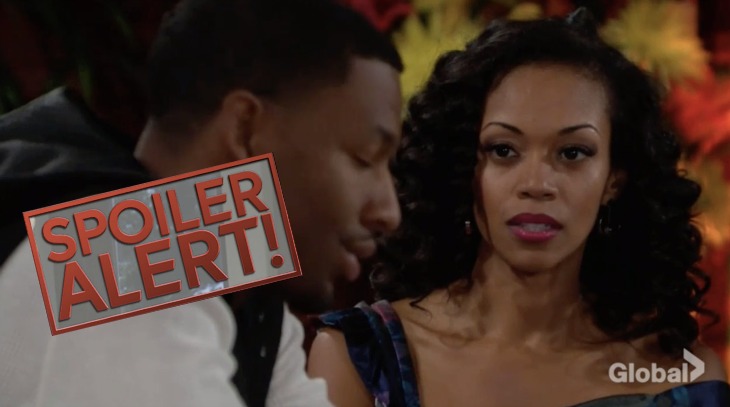 Jordan (Darnell Kirkwood) was knocked down on ‘The Young and the Restless’. But he’s gotten up and is prepared to battle the opponent who intentionally damaged his personal reputation and career. Hilary (Mishael Morgan) is a fighter herself. She will be exposed, but remains, as ever, dangerous.

Viewers recall that Hilary allowed the photog to take private shots of her many months ago. Recently, she achieved unauthorized entrance into Jordan’s Genoa City Athletic Club suite and searched for the memory stick with said images that her ex-boyfriend admitted to having. Jordan previously claimed to have given her the originals when, in fact he retained a copy.

Related: The Young and the Restless (YR) Poll: Which Genoa City Couples Are Over?

While Hilary wasn’t able to locate the intended digital information, she did happen upon a strong box that Jordan kept under the suite’s seemingly faux fire place. Miss Curtis, whose real name actually is Ann Turner, found fake ID’s and other materials. She quickly turned that treasure trove into the ‘Hilary Hour’s’ next reveal.

Jordan was understandably infuriated that Hilary would purposely try to damage his life. Chelsea (Melissa Claire Egan) was enraged as well, because information presented about Jordan’s past life included a photo of her that was taken during one of the scams they’d pulled together.

This perceived game started when Lily (Christel Khalil) told Hilary that she put Jordan in the so-called ‘friend zone’ and that he’d only gone back to her (Hilary) because she was his second choice. Jordan couldn’t talk around that truth and Hilary became determined to teach him a lesson.

Mr. Kirkwood believes Hilary’s reputation will take a hit if he presents the photos he took of her to the world. Viewers are surely wondering if he’s forgotten that other public personas actually increased their brand in similar circumstances.

What GC and the rest of soapy society will see may actually prove to work in Hilary’s favor. She could gain sympathy, as the head of GC Buzz first exposed criminal behavior. Then, the man who she outed responded by trying to shame her. Would Hilary be above playing the victim card?

The Bold and the Beautiful (B&B) Alum Kim Matula Has A New Role!