The Young and the Restless (YR) Spoilers: Dina Fading Fast – Abbott Family Will Come Together 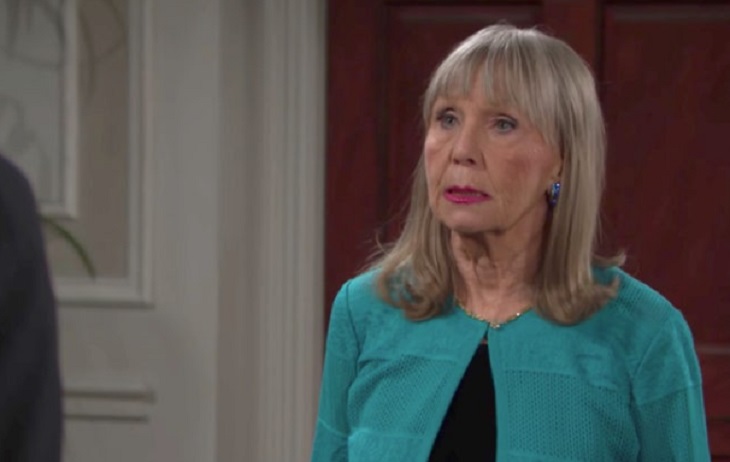 Dina (Marla Adams) is slipping away on ‘The Young and the Restless’. The rapidity of her descent appears to indicate a 2018 exit for Adams’ character. That means the Abbott family will likely come together, despite its current frazzled state.

It’s not Thanksgiving. Jack (Peter Bergman) isn’t John (Jerry Douglas). The children are middle-aged adults, not kids. But in Dina’s world all is not as it seems, which makes for heart-breaking soap.

As has been stated before and is being offered now, this storyline easily ranks with one of the best in recent Y&R memory. Adams’ performance is so outstanding that anything less than a Daytime Emmy Award in the Outstanding Supporting Actress category would seem unjust.

Related: The Young and the Restless Spoilers: JT Has A Plan To Help Reed, He Explodes At Dad

Each instance revealed, again, just how deeply Jack and Ashley’s lives have been impacted by their mother’s fragile state. The unpredictability of Alzheimer’s disease is something that various viewers have experienced personally. Seeing similar circumstances play out on screen affords a form of therapy.

This storyline is arguably Y&R’s most compelling. The rapidly unfolding nature of Dina’s behavior, as directly affected by the disease, means that predictions regarding her outcome are surely hard to make.

Whenever and however this issue is handled, fans of the Abbott family would hope that Jack and Ashley will revert to their former selves. Possibly, upon reflection, they’ll see that much of what they’ve said and done to each other has resulted from reactions to their mother’s circumstance.

Dina is already in need of 24-hour care. Might the family feel compelled to put her in a specialized medical facility, or will Y&R have this character die. All efforts, both behind the scenes and in front of the camera indicate that whatever happens will be crafted and presented with respect for those who are affected by Alzheimer’s, along with their families and friends.