The Young and the Restless (YR) Spoilers: Chelsea and Nick Were Solid – Peek at Scott and Abby’s Kiss Changes Matters 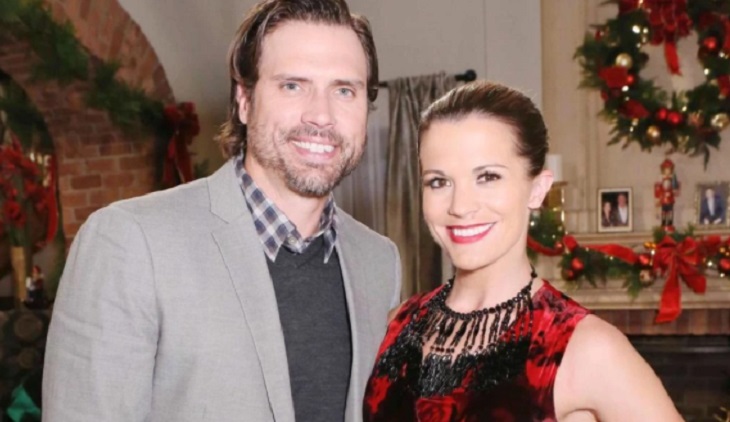 How can Nick possibly remain silent after what he’s seen? Yes, Mariah (Camryn Grimes) has been mum since she learned about ‘Scabby’. But Nick is a different character, literally and figuratively.

Chelsea won’t be pleased if Nick opts to insert himself in Sharon’s romantic triangle. But she’s the mother of two of his children, whereas Chelsea is just his girlfriend.

Sharon has no idea that Scott and Abby crossed the line in the storage unit during the fall. She also isn’t aware that they’ve since smooched on various occasions. Knowledge of that fictional reality would dramatically change Sharon’s feelings.

The future of ‘Shott’ seems limited, especially if Nick either forces Scott to tell the truth, or informs Sharon what he’s aware of himself. However, there is a real world issue that’s about to affect Y&R’s storyline as of January.

The Young And The Restless Video: Nick Newman’s Disturbing Discovery

As readers of this site know, Ordway gave birth to her second daughter earlier this month. That means Abby will be written out of the show sometime next month, unless a temporary recast is coming.

So it’s possible that Abby will feel suddenly compelled to leave Genoa City. That means Scott and Sharon could stay together through the spring, or whenever Ordway’s character returns. It’s also plausible to believe that Abby is erased for awhile and ‘Shott’ dissolves.

As also connected to the above scenarios is ‘Chick’s’ relationship. Chelsea hasn’t replaced Adam (Justin Hartley) with Nick, but her supposedly deceased husband’s brother has found a place in her heart.

Chelsea wants to spend the rest of her life with Nick, but isn’t open to him being drawn into Sharon’s love life. While both parties say no, the chance of a ‘Shick’ revival is never fully out of the question. So Scott’s potential ouster from Sharon’s life could be a problem that Nick and Chelsea have to deal with, which wouldn’t be nice.

EastEnders Spoilers: Hot New Romance For Max Branning, And It’s Not Who You Think!