The Young and the Restless (YR) POLL: How Will Melissa Ordway’s Absence Be Handled? 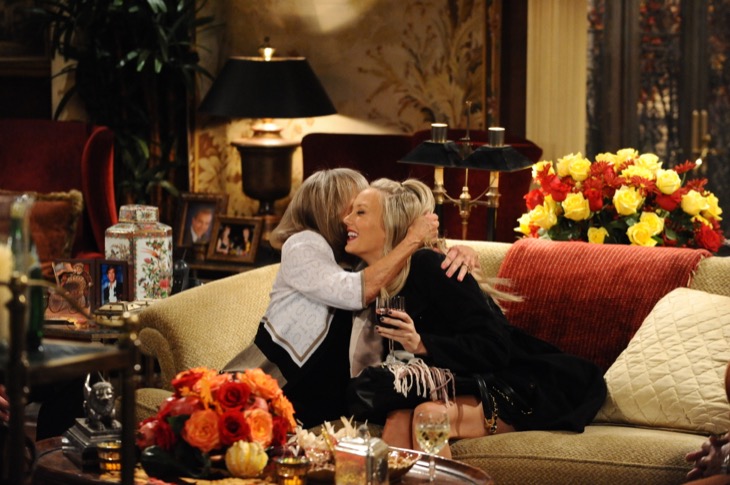 Fans of ‘The Young and the Restless’ are wondering how Melissa Ordway’s (Abby) approaching absence from the set, as she’s due to deliver her second child within weeks. Soap operas record their episodes approximately six weeks in advance. So what will happen to Abby sometime early next year?

In order to avoid some concocted plot line, Y&R may have already made plans to temporarily fill Ordway’s slot with another actor. This option has been employed various times in the past. Viewers would accept a replacement considering current circumstances.

Keeping Abby in the picture would allow the ‘Shott’-‘Scabby’ storyline to play out, rather that be averted, or delayed. An engaging triangle is being built that has allowed Scott (Daniel Hall) to become conflicted. He’s caught between existing feelings for Sharon (Sharon Case) and spiking attraction for Abby.

Savvy viewers know that Sharon will become aware of ‘Scabby’ at some point, which will naturally create passionate reactions on all triangle corners. But assume that ‘Shott’ stays together after all has been revealed. Abby would feel humiliated and equally spurned.

Having Abby leave GC for an extended period would pair with Ordway’s planned absence. Whenever Ordway is able to return so too would Abby, who would be ready to move forward with her life.

Devoted viewers recall when Hilary (Mishael Morgan) accidentally fell off a cliff, was knocked unconscious and remained in a coma for awhile. That invented plot detour occurred during ‘Hevon’s’ honeymoon and involved Neil (Kristoff St. John), who was the groom’s (Devon, Bryton James) vengeful father and ex-husband of the bride. Morgan’s delivery of son Niam enabled Y&R to project that alternative reality.

Might Abby be kidnapped by a rogue member of Zack’s (Ryan Ashton) trafficking group? Could she feel a sudden urge to visit ‘Stitch’ (Sean Carrigan), who’s working in a far off land as a means of romantically compensating? Maybe aliens from another galaxy abduct Abby? They’d likely treat her better than Vickie (Amelia Heinle) does.

Readers may also consider other scenarios that haven’t been referenced as the immediate future of Abby Newman is considered.

Fans of ‘The Young and the Restless’ rightfully express their opinions on a regular basis. So, how will Y&R handle Melissa Ordway’s absence? Please vote in our poll below!

General Hospital Trivia: How Well Do You Know Jason Morgan? Take The Challenge!