The Young and the Restless (YR) Spoilers: Scott Temporarily Resists Abby – Sharon Must Fight For Love 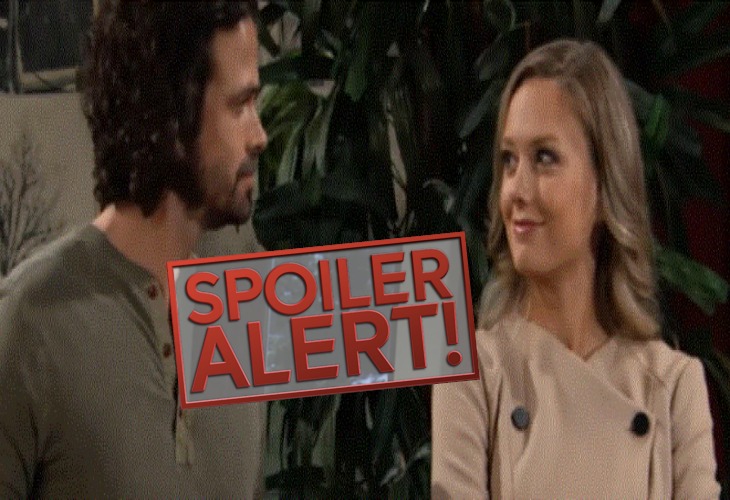 Scott (Daniel Hall) is caught between two impressive women on ‘The Young and the Restless’. Some may disagree with calling Abby (Melissa Ordway) and or Sharon (Sharon Case) impressive. But longtime Y&R fans know that each female character has plenty to offer Scott, which is why he’s conflicted.

Sharon and Scott quickly formed a friendship when Hall’s SORAS’d character returned to Genoa City earlier this year. Sharon handled Dylan’s (Steve Burton) departure much better than she has other emotional moments in the past. Thankfully, Y&R wrote Case’s character back to respectability. Let’s hope executive producer and head writer Mal Young keeps her there.

Related: The Young and the Restless Spoilers: Victor’s Shady Deal With Kevin Revealed – Lead Into Chloe and Adam Return?

‘Shott’ formed because Sharon and Scott allowed their relationship to evolve naturally. Then, just this week, Scott accepted Sharon’s request to move to the Cottage. All seemed well until it wasn’t.

As the above-referenced couple was progressing, Abby was heading down a fated path. Her connection with Zack (Ryan Ashton) turned out to be tragic. He was using Abby’s access to power and money in order secretly exploit misguided souls. Despite Zack’s genuine feelings, he eventually broke Ordway’s character’s heart.

However, Abby bounced back in record time. Soap fans accepted that forwarding of her storyline, Most human beings in the real world have been wrecked for months after learning that a significant other was living a double life and then was killed by one of his so-called employees.

The nature of Zack’s business, forcing ‘Scabby’ into a storage unit and holding them at gunpoint understandably changed Abby’s feelings. Now, it feels as though she’s shifted them to Scott.

As Y&R fans saw, Scott may be allowing his feelings to transfer from Sharon. He resisted a follow-up kiss with Abby in the Newman executive suite. That was a very revealing, or affirming, moment depending upon one’s point of view.

How Scott chooses between both impressive women will be intriguing. Of course, that assumes Sharon will maintain her stance once (not if) she learns that Scott and Abby are already involved.