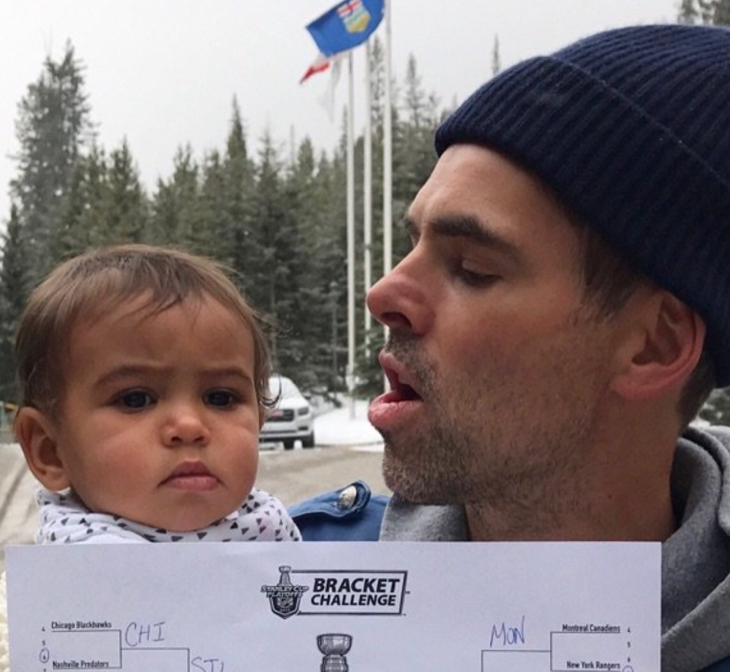 ‘The Young and the Restless’ star Jason Thompson has a lot to look forward to in the coming months. The television hunk and his wife Paloma Jonas are expecting their second child together. The couple recently revealed that they are expecting a baby girl this September and have been sharing photos of Paloma’s pregnancy journey on their social media accounts.

Jason and Paloma tied the knot back in April of 2015 in a beach ceremony near San Pancho, Mexico. And they’ve been inseparable ever since. They just celebrated their son Bowie Banjo’s first birthday in May and are looking forward to meeting their new bundle of joy in the coming weeks. Raising two children under the age of two might not be easy but for Jason and Paloma, that’s exactly what’s in store for them.

According to Jason, his new family life will be hectic, but it’s a challenge that he’s willing to take on. And it looks like the 40-year-old actor is enjoying each and every moment he has with his young and beautiful family. He recently told People Magazine in an interview, “The last year with our son Bowie has been the best of our lives. I love being a dad, and we’re really looking forward to bringing a girl into our little family. No doubt Paloma is excited. Between me, Bowie and our dog, she’s anticipating a sweeter smell in our home!”

Baby no. 2!! @paloma One of these bellies has a baby in there. 👶🏼Thanks @people for the shout out. Link in bio.

Luckily it looks like Paloma is having a smooth pregnancy so far. The couple has been enjoying several family breaks and getaways to places like Palm Springs and El Capitan Canyon. And Jason has been sharing his family’s adventures on his social media accounts every step of the way. Many of their behind-the-scenes photos also include pics of their son Bowie and their life inside their Hollywood Hills home. During their latest trip, Paloma shared a baby bump selfie with Jason and captioned her photo with, “Yup! I swallowed a watermelon while glamping.”

In the meantime, don’t forget to check back with Soap Opera Spy for all the latest news and updates on Jason Thompson along with ‘The Young and the Restless’ spoilers right here!

Yup! I swallowed a watermelon while glamping.