The Young and the Restless Spoilers Tuesday, March 7: Ravi Pushes for Romance with Ashley – Mariah Gets a Shock – Jordan Wants to Ask Hilary Out 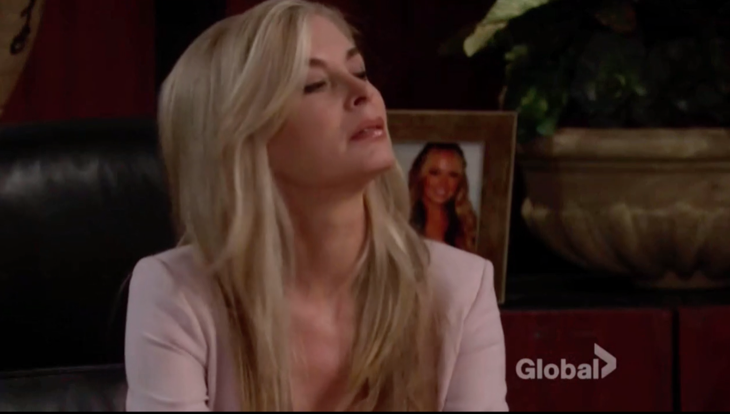 “The Young and the Restless” spoilers for Tuesday, March 7, tease that Abby (Melissa Ordway) will stand up for Ravi (Abhi Sinha). She’s seen how this tech geek looks at her mother. Ravi has fallen hard for Ashley, but she just isn’t interested in him romantically.

When Ravi’s crush became evident, Ash was quick to point out that she only wanted to be pals and colleagues. However, Ashley’s mixed signals have probably left Ravi confused. She almost appears jealous whenever he hangs out with Phyllis (Gina Tognoni).

“The Young and the Restless” spoilers state that Ashley will try to clear things up. She’ll confess that she’s grown to care about Ravi, but not in the way he would like. Ashley will reiterate that friendship is all she’s looking for. She won’t want Ravi to get his hopes up for anything else.

Ravi will surprise Ashley when he asks why they can’t be more than friends. He just won’t understand Ashley’s reluctance to take this a step further. It sounds like these two have some issues to sort out. Stick with Y&R to see how the rest of this conversation goes.

At GC Buzz, Hilary (Mishael Morgan) will notice that Mariah (Camryn Grimes) seems unsettled. She’ll urge her cohost to get it together. They have to get ready for a big photo shoot. Mariah will be shocked when she gets updates on this. She’ll indicate that this is the first time she’s heard about it.

Hilary will likely brush off Mariah’s meltdown and focus on preparing for the pics. Of course, Hilary will take the opportunity to flirt with Jordan (Darnell Kirkwood). Devon (Bryton James) will notice that they’re really hitting it off. In fact, Jordan will mention that he’s thinking about asking Hilary out on a date.

Devon won’t approve of that plan, but he might remain relatively calm in front of Jordan. Later, Devon will be forced to confront his complicated feelings for Hilary. He’s truly torn between love and hate. “The Young and the Restless” spoilers suggest that Devon will face a difficult choice.

Will Devon decide to let go of his rage? We’ll keep you posted as other news and rumors emerge. Stay tuned to Y&R and don’t forget to check Soap Opera Spy often for the latest “Young and the Restless” spoilers, rumors, updates and news.

The Bold and the Beautiful Spoilers: Shirley Feels Coco Is Spectra’s Only Hope, Sally Puts Plot in Motion – RJ Thrilled by Parents’ News

Days of Our Lives POLL: Who Do You Prefer Eric With – Jennifer or Nicole?