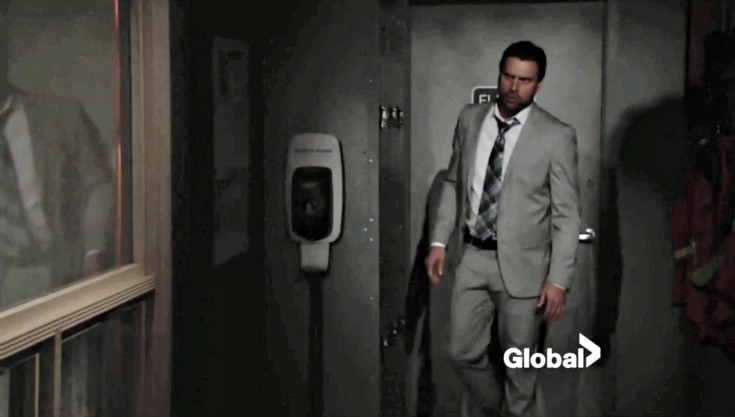 “The Young and the Restless” spoilers for Monday, April 10, tease that Chloe (Elizabeth Hendrickson) will make some demands. At the airport hangar, Chloe insists that Victor (Eric Braeden) is going to help her make a break for it. She promises to share the news of their previous partnership if he doesn’t.

Meanwhile, Chelsea (Melissa Claire Egan) gives Nick (Joshua Morrow) updates over the phone. She lets him know her cell is dying and suggests they meet up. Nick fibs that he’s losing the call and hangs up. He heads into a restricted area and listens in on Chloe’s conversation with Victor (Eric Braeden).

Chloe lies that Chelsea found the diary, so the evidence implicates Victor as well. Vic reluctantly arranges for a jet to take Chloe away. Nick rushes in, but he’s too late. Chloe is already gone. Nick confronts Victor about working with Chloe to frame Adam (Justin Hartley). He shouts that Chloe blew up the cabin and killed Adam. Nick can’t believe that Victor assisted with Chloe’s escape.

At Sharon’s (Sharon Case) place, Chelsea beats herself up for not believing Nick. She vows to get justice for her husband. Meanwhile, Michael (Christian LeBlanc) urges Kevin (Greg Rikaart) to accept Chloe’s guilt. Esther (Kate Linder) gets testy, but Kevin concedes that they need to face the facts.

When Bella (Gia Poeme) comes in, Kevin has a crushing chat with her. He states that he’s not marrying Bella’s mommy and adds that she left on a trip. Afterward, Gloria (Judith Chapman) tells Kevin she’s proud of the way he’s handling this. Kevin starts sobbing over the family he lost. Gloria reminds her son that she’ll always be there for him. 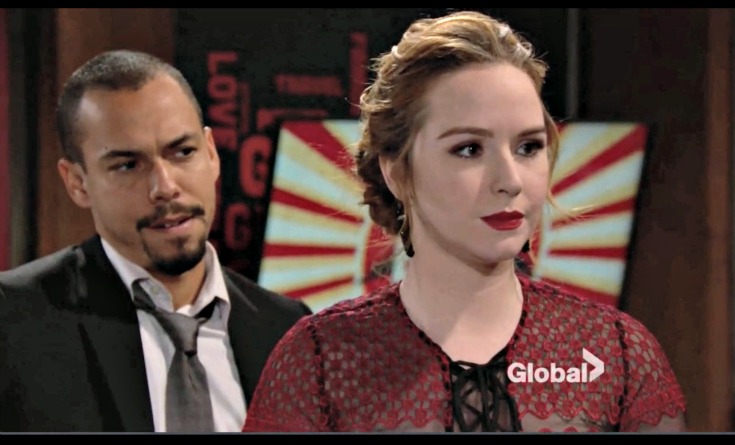 At GC Buzz, Hilary (Mishael Morgan) hears Mariah (Camryn Grimes) mention Chelsea’s shocker. She wants Mariah and Devon (Bryton James) to spill it. Once they divulge the details, Hilary is ready to green light the story. Conflict breaks out, but Chelsea’s arrival halts everything.

Hilary and Mariah make all the preparations while Chelsea waits. She gazes at a photo of Bella on her phone and makes a shocking decision on the air. Chelsea indicates that Chloe isn’t well. She begs Chloe to come home for the sake of her daughter.

At Crimson Lights, Scott (Daniel Hall) talks to Lauren (Tracey E. Bregman) about all the recent drama. They’re still stunned that Chloe was able to keep this secret. After Sharon shows up, they talk about Chloe’s behavior. Scott can’t fathom what it was like to lose a kid.

Sharon fills Scott in on Cassie’s (Camryn Grimes) death and notes that she understands Chloe’s pain. The conversation shifts to Sharon’s knowledge of Adam. Scott hopes he can use Sharon for Victor’s memoir. Y&R viewers know this book is sure to be juicy!

Other “Young and the Restless” spoilers say Michael will battle guilt. At home, he shares his regrets with Lauren. Michael believes he should’ve stopped Kevin from rushing into this marriage. Lauren indicates that it’s not Michael’s fault. Chloe hid this from all of them.

Michael and Lauren are definitely concerned about what’s in store for Kevin. Will Kevin fall in love again down the road? Will he find someone who isn’t crazy next time? We’ll keep you posted as other details and rumors emerge. Stay tuned to see what’s coming up in Genoa City.

WATCH: The Bold and The Beautiful Preview Video Monday, April 10

WATCH: The Young and The Restless Preview Video Monday, April 10